Political deadlock has led to the current strategy being extended for a year. 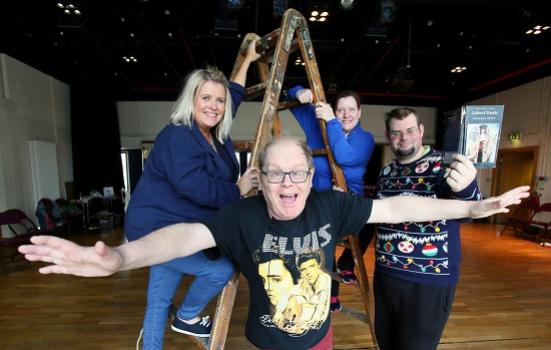 A rehearsal at Stage Beyond, a theatre company in Derry-Londonderry for adults with learning difficulties, supported by National Lottery funding through ACNI

The Arts Council of Northern Ireland (ACNI) is consulting on a new five-year strategic plan, to run from 2019 until 2024.

The evidence-gathering stage of the consultation will involve a series of events, and opportunities to contribute by email, in writing, through Facebook and in an online survey. This will last until September, following which ACNI will develop a draft strategy.

A period of refinement and public consultation on the draft will run from December until March 2019, and a new strategy is due to be published in early spring next year, to take effect from April.

The previous strategic plan was due to last until 2018, but the period it covers has been extended to include 2018/19 due to the absence of an executive government in Northern Ireland.

ACNI intends for the new strategy to address priorities for the arts in a changing world, the challenges and opportunities of new technology, and the impact of leaving the EU.

It envisages that the new strategy will have three overarching themes:

ACNI sees the themes as being essentially about maximising creativity, inspiring people and society, and building the resilience of Northern Ireland’s arts sector.

It plans to achieve these aims through a range of measures including building partnerships, supporting skills development and encouraging voluntary activities in the arts.

In April, ACNI reduced the size of its Annual Funding Programme and cut the budget of more than 40 of the 100 organisations remaining in the scheme.

But despite cuts to public funding of the arts in Northern Ireland equating to a loss of £23m over the past six years, ACNI envisages that providing core funding for arts organisations will continue to be a key part of its strategy.

The consultation survey is online until 7th September.