Trans Creative aims to become a hub for the transgender community in the North of England, providing creative and employment opportunities. 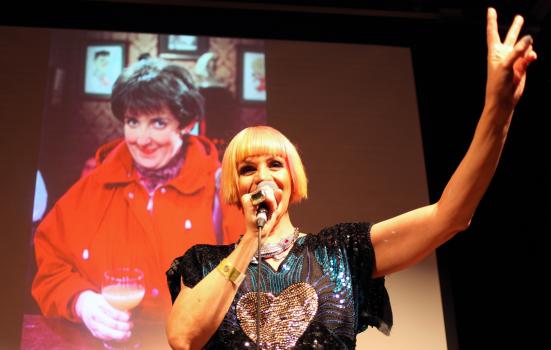 Kate O’Donnell in Hayley and Me
Photo:

“In a culture in which it is commonplace for transgender stories to be written and performed by cisgender (non-trans) artists, we want to offer an authentic voice that represents the community,” said Kate O’Donnell, Artistic Director of Trans Creative.

“In the past three years trans referral for young people has increased threefold, which indicates the demand and need to creatively explore these stories, increase representation and nurture a confident trans community within the arts and in wider culture.”

Although ACE does not have data on the number of trans professionals working in the arts, the national funder confirmed it is collecting data on trans and non-binary NPO staff from this year and is committed to “developing some benchmarks where possible”.

Trans Creative aims to further this by acting as an advocate and champion for trans communities in the arts. It seeks to position itself as a ‘Trans Hub’ in the North of England, offering employment, creative opportunities, and a programme of performance, education, politics and audience engagement.

O’Donnell told AP the company would focus on working with trans creatives and backstage staff. “When there’s very little work, organisations sometimes pull up the ladder behind them when they finally get funding,” she said.

“But our momentum can’t stop here. If people were looking for a trans theatre company, and want to collaborate, we’re here now.”

Trans Creative intends to apply to become a National Portfolio Organisation after its Elevate funding draws to a close.

Correction 21/02/2017: A previous version of this article stated Trans Creative was the first trans-led theatre company to receive support from ACE. ACE does not have the data to confirm or deny this.