After moving to a new box office system, an Atlanta theatre secured nearly three times more in donations in the last half of 2015 than its 2014 total. Libby Penn shares the story. 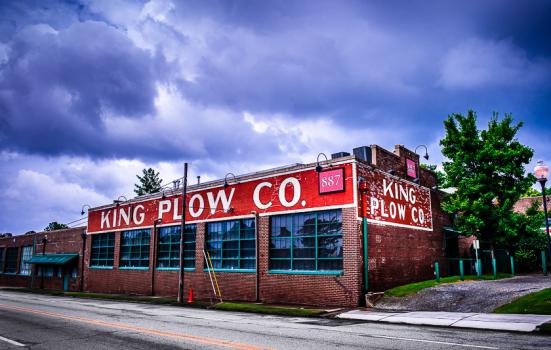 Actor's Express, based at the King Plow Arts Center in Atlanta

Atlanta’s Actor’s Express theatre (AE) is one of the most daring and consistently lauded theatre companies in the USA. AE’s contemporary work perennially appears on ‘best-of’ lists and has garnered dozens of awards.

Founded in 1988, the company’s goals are to nurture the next generation of playwrights, to develop the city’s artistic community, and to enhance Atlanta’s reputation nationally as a thriving centre for live performance. The company’s 140-seat theatre hosts seven shows over a 45-week season. Annual ticket sales range from 16,000 to 18,000 per year.

In 2014, the company decided to say goodbye to its box office management system. Whilst AE had been a founding member of Atlanta’s established nine-venue software consortium, the technology had begun to limit AE operationally.

As a locally hosted client-server solution, the system required skilled IT resources to maintain it – something that was not always available or cost-effective. While basic functionality was straightforward enough, high turnover meant box office and marketing staff needed regular training to access the system’s higher functions.

Flexibility was another issue. Changing prices within the old system required a high level of technical expertise and often a visit from a customer support engineer. It couldn’t be done quickly or in reaction to short-term sales trends.

Access to usable analytics also frustrated AE’s marketing and development team. “We couldn’t get the data we needed out of the system,” said Managing Director Alexander Scollon. “You basically had to be a programmer to access that functionality.”

That lack of information about their customers seriously limited marketing and fundraising outreach. Without the ability to understand detailed customer preferences and selling trends for each performance, Alexander and his team felt they were consistently missing opportunities, which was hampering audience development.

AE elected to replace its legacy system entirely and adopt Spektrix’s cloud-based box office management system. The system combines ticketing, CRM, fundraising, marketing, pricing and analytics in a single intuitive interface. Since it is hosted, managed and maintained entirely ‘in the cloud’, box office, marketing and development staff can log in from their desktops or tablets to access all of its functionality.

In the case of AE, the new system meant a huge leap forward in terms of ease of use and access to information – both on an individual customer level and in the aggregate when looking at selling trends. It also meant they could easily adjust pricing on the fly, and offer targeted incentives if sales for a given performance looked soft.

Since implementing Spektrix, AE has seen a huge improvement to its box office, marketing and fundraising capabilities. Pricing is now adjusted on a daily and weekly basis to maximize revenues and applied flexibly to the theatre’s seating plan. Thanks to the system’s web-based APIs, the theatre has also been able to improve its fundraising efforts with a simplified purchase journey that emphasises the value of becoming a donor.

Prior to moving to the new system, AE had received approximately 25 donations in 2014, all in the $50-$60 range. AE opted to make it easier for audiences to donate smaller amounts and in the last half of 2015 they were able to secure 250 donations of between $5 and $10 – nearly three times more than 2014’s overall total.

“In the new system we wanted something that we wouldn’t have to host, which would provide us with more control over our customer data and easier access to analytics,” said Alexander.

“Spektrix delivered that and the implementation was really easy. Their customer team did everything they could to help us migrate over and get up and running quickly.”