Money for cultural content and skills development will be delivered across a five-year programme, starting in 2018. 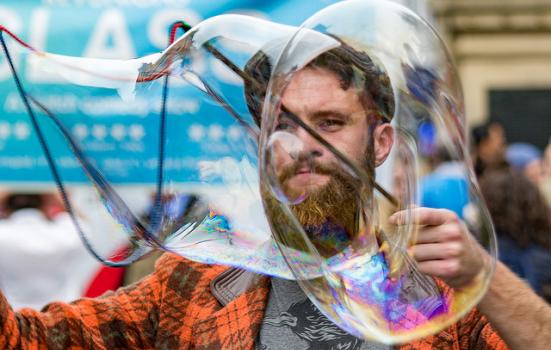 Edinburgh’s 11 major festivals received a boost this week with the announcement of a new £10m fund to support artistic programming and financial resilience.

Starting in 2018, the five-year ‘Platforms for Creative Excellence’ (PLaCE) programme will include two funding strands. One will aim to ensure Edinburgh’s Festivals remain “unique places of cultural discovery”, and the other to increase skills development and employment opportunities for young people.

The Scottish Government and Edinburgh City Council have each pledged £5m to the programme, which will run from 2018 until 2023. Festivals Edinburgh has also committed to raising £5m, taking the total potential fund to £15m.

“Since the founding festivals began 70 years ago, the Edinburgh Festivals have become internationally renowned, attracting audiences from across the globe, generating more than £300 million for our economy and supporting more than 6,000 jobs,” said Nicola Sturgeon, Scotland’s First Minister.

“The Scottish Government’s contribution to the PLaCE programme builds on the £19 million we’ve provided to the Edinburgh Festivals through the Expo fund since 2008. It will sustain the success of our festivals, cement their international reputation and support growth in our tourism and creative industries.”

Supporters say the fund arrives in a “crucial year”, coming as Edinburgh and the surrounding area gears up for the Scottish Government’s £300m investment in a City Region Deal. It also follows the publication of an influential report in 2015, Thundering Hooves 2.0, which called for “large-scale, radical solutions to replace eroding public funding”.

Festivities for 2017 drew to a close earlier this week, ending with Fringe ticket sales up 9% on 2016, and an audience of over 450,000 at Edinburgh International Festival.

Commenting on the new fund, Adam McVey, Leader of Edinburgh City Council, said: "If we are to sustain our position as the world’s festival city and protect their legacy, we need to make a joint commitment towards supporting their future success.

“In this crucial year, we need to recognise how our festivals support tourism, create jobs, and develop the creative and hospitality industries.

"I am, therefore, delighted to receive the Scottish Government’s support following our productive City Region Deal negotiations. The First Minister’s commitment today means this new, joint fund can now be brought into fruition.”

More details about eligible applicants for the PLaCE programme will become available in the coming months.