A House of Commons Committee report into 14-18 NOW highlights major lessons to be learned in time for the UK's next national cultural event - the 2022 Commonwealth Games. 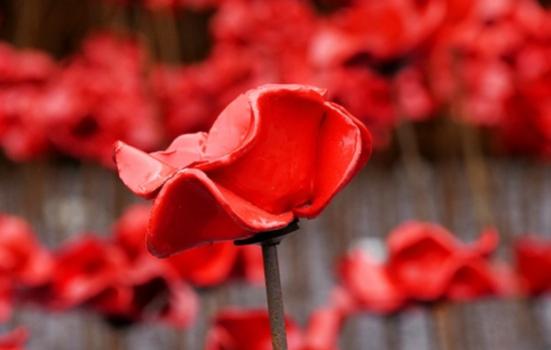 A ceramic poppy in a 14-18 NOW commission at Imperial Museum North
Photo:

A major cultural programme to commemorate the centenary of World War One was "exceptionally successful" in some aspects but suffered an “unfortunate” lack of foresight in planning to secure its legacy, a new report from the DCMS Commons Committee says.

Evaluations of projects and 119 submissions by participating organisations showed local networks complemented the national 14-18 NOW programme, creating an “an imaginative, emotional and sensual bond with the past” and a blueprint that could be used for arts-based approaches to other national moments, including the 2022 Commonwealth Games.

But the report also finds that DCMS, which led the project, fell short in its strategic planning and delivery, and had to give £100,000 to Imperial War Museum for a digital archive of the commissions to address its planning failures.

“Despite the fact that the timing of the commemorations was self-evident, we heard concerns that the organisations involved suffered from a shortage of planning time," says the report.

Despite 14-18 NOW being a legacy project, the Committee expressed concern that “little attention seems to have been given at the outset to what the legacy of the commemorations would be”.

DCMS will spend £100,000 to help Imperial War Museums create a digital archive of the centenary commissions after failing to include preservation efforts in its project budget.

In submissions to the Committee, the National Heritage and Lottery Fund (NHLF) and think tank British Future expressed concern at this oversight, and the MPs concurred: “It is unfortunate that the need for this was not foreseen at the start of the commemorations,” says the report.

“Given that the DCMS leads on digital policy, a strategic approach to preserving digital assets should form part of initial planning of any future government-funded arts or heritage programmes."

Evidence given by NHLF suggests the high level of volunteerism in 14-18 NOW may be sustainable. Volunteers were involved in 90% of the programme’s projects, and 68% of those partnerships continued after the project ended.

But NHLF’s submission said “it has been a challenge to engage non-White people in volunteering”.

The project also struggled to engage time-pressed schools and diverse communities - weaknesses the Committee says it must address in future large-scale cultural programmes - warning that "planning needs to commence immediately" to avoid repeating some of the programme's missteps.

The report notes a longer lead-in time could have improved co-ordination between local, national and international commemorations: “The enduring connections that have developed seem to have been more by accident than by design.”

The report notes DCMS must be more mindful of its role to benefit from these connections, saying: “The DCMS is the governmental lead on civil society and should take the opportunity in future commemorations to proactively inspire, nurture and measure social capital.”

The centenary commissions increased the public’s knowledge about World War One and encouraged new, diverse narratives about its history, says the report.

Thousands of schools engaged with the 14-18 NOW programme, and research from British Future found knowledge of World War One grew: by 2018, 71% of the public knew that Indian soldiers fought for the British, compared to 44% prior to the centenary.

The report says projects focusing on “the intangible heritage of the lives and experiences of ordinary people from all sections of society” were some of the most successful in capturing the public’s interest and imagination.

“Our evidence demonstrates that communities interpreted the events of the war in their own ways, rather than necessarily following well-rehearsed arguments about the motivations and legacy of the conflict.”

Lessons for the future

While this approach “carries inherent risks, the innovation that this generated from artists demonstrates that these risks are worth taking”, the report says.

When asked for its response to the Committee’s recommendations, DCMS said: “We are pleased that the report acknowledges the huge impact the four-year First World War centenary programme had across the UK. We will review the Committee's recommendations and report back in due course."

Conservative MP Dr Andrew Murrison, who was the Prime Minister’s Special Representative to the centenary commemorations, said the programme’s success was such that it is now “inconceivable” that future heritage commemorations would not have arts and culture “as an intrinsic part of [their] fabric”.

“People will think, ‘Golly, that is a little bit odd’ if we do not have that cultural wraparound.”