14-18 NOW’s five-year programme included projects in 220 locations across the UK, and was mostly accessible to the public for free. 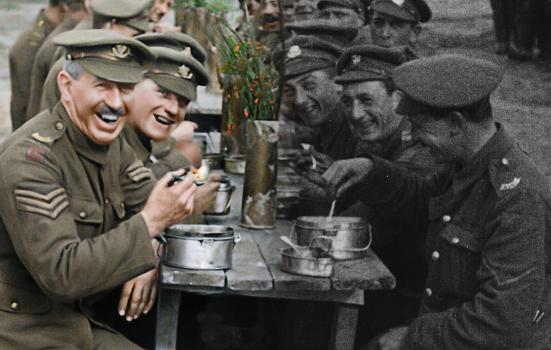 A half-colourised image from Peter Jackson's documentary, They Shall Not Grow Old
Photo:

35 million people in the UK were reached during five years of cultural activity to mark the centenary of the First World War, an evaluation has found.

125 projects were commissioned by 14-18 NOW, a government-backed arts organisation based at the Imperial War Museum London, including artistic work by Rachel Whiteread, Yinka Shonibare and Peter Jackson. The activity spanned more than two hundred locations across the UK, from the Outer Hebrides to Cornwall.

Two-thirds (67%) of the programme was free to the public, and the organising team says more large-scale, UK-wide artworks in shared public spaces were created “than in any other comparable programme”.

Highlights of the programme included:

In total, work by more than 420 artists from 40 countries was delivered with the support of 600 community, arts and heritage partners.

Jenny Waldman, Director of 14-18 Now, said: “Contemporary artists brought history to life, helping us to see the First World War anew and think again. Through 14-18 NOW the UK commemorated the centenary through the work of extraordinary artists, touching millions of people emotionally.

“We are thrilled that over half of the UK population have engaged with the 14-18 NOW programme - huge thanks go to all our artists, partners, volunteers, supporters and to the millions of people who took part.”

The programme was supported by funding from DCMS, Arts Council England and the Heritage Lottery Fund.