What Next? suggests what’s next 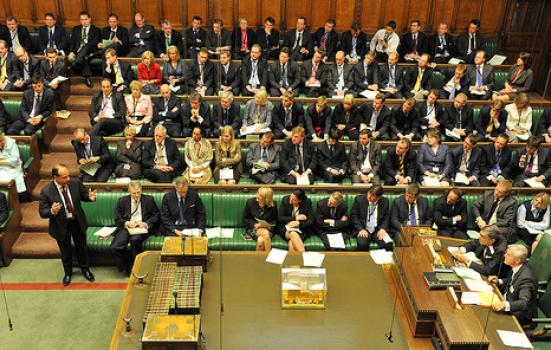 650 delegates at the What Next conference in London, including many of England’s most senior arts professionals, have been considering how to encourage a much wider range of people and communities to register their support for the arts and culture. Twitter users contributed to the debate using #WN2013, with 500 tweets, 900 retweets, 125 replies and 638,000 accounts reached by the end of the day.

Developing relationships with MPs, building “unlikely alliances” with community partners, and co-ordinating national messages about the arts through individual organisations’ mailing lists were the three central themes explored at the conference, which was hosted by the What Next arts movement. The group, which describes itself as a ‘growing collective of arts and cultural organisations and individuals”, has put forward these campaigning proposals with a view to developing some “workable shared projects”, and they hope that the event will be the catalyst for a groundswell of activity to deepen public engagement with the arts and raise the value of the arts on the political agenda.

Making “friends not demands” of MPs was first on the list of suggestions debated, with speakers emphasising the benefits of “courtship not campaigning” in political lobbying. But equal emphasis was given to building relationships with local communities who value the arts – especially voluntary arts participants and the education sector – and arts organisations are being encouraged to take more steps to demonstrate their importance by involving them in the work of the sector and treating them as valued stakeholders.  Efforts to garner wider public support through coordinated  messages to the country’s millions of arts attenders through organisations’ own mailing lists have also been proposed, though delegates raised questions about the practicality of this proposal under the culture of data privacy that prevails in the sector.

Although ‘What Next’ began in London, informal branches have met around England, and the organisers are encouraging arts professionals to join or set up a group dedicated to acting together to find new ways to “engage everyone in Britain in the power of the arts and culture and the benefits they bring to our collective and individual lives.” A member of the What Next organising committee commented: “Conversations are critical but actions must follow.”

Absent friends
A safe place
A tall order
What culture should we value?
Togetherness
Lost in translation
A Bobby Ewing moment
Awkward questions
Cultivating the conversation