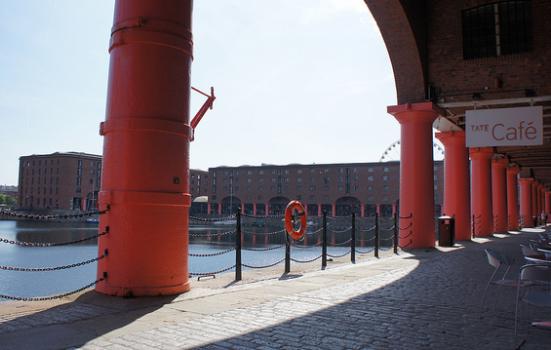 Tate Liverpool has committed to becoming more welcoming to those with sensory sensitivity by holding regular ‘Autism Hours’.

The gallery has launched the initiative to coincide with the National Autistic Society’s week-long Autism Hour campaign. It will hold an Autism Hour every day this week and regularly after that, with hours already planned in November and December.

During the Autism Hours, quiet spaces will be created around the gallery to give visitors a space to relax, ear defenders will be on offer and staff will be on hand to provide support.

In addition, music will not be played in the café and drinks will be served in paper cups to reduce noise, the lights will be dimmed in the shop, and hand dryers will be turned off in the toilets – with hand towels provided instead – to give autistic visitors a break from ‘information overload’.

More than one in 100 people are on the autism spectrum, which means they see, hear and feel the world in a different, often more intense way to other people and can feel overwhelmed by ‘too much information’ when out in public.

The move follows the publication of a report earlier this year, which highlighted the barriers to people with sensory disorders visiting galleries and suggested practical steps venues could take to become more inclusive.

Mark Lever, CEO at the National Autistic Society, said: “It is really encouraging to see shops and services such as Tate Liverpool getting involved in the National Autistic Society’s Autism Hour. Like anyone, people on the autism spectrum and their families want the opportunity to go to the shops. But many find the often busy, loud and unpredictable environment of public places overwhelming and avoid them altogether.

“Our Too Much Information campaign has highlighted that the smallest changes can make the biggest difference for autistic people and we are confident this week-long event around the UK will help shops and services understand how we can work towards a more autism-friendly world.”