By refusing to clarify why the £2.7m tender process for the Quality Metrics scheme has come to a sudden halt, Arts Council England faces speculation as to how it has breached EU rules. 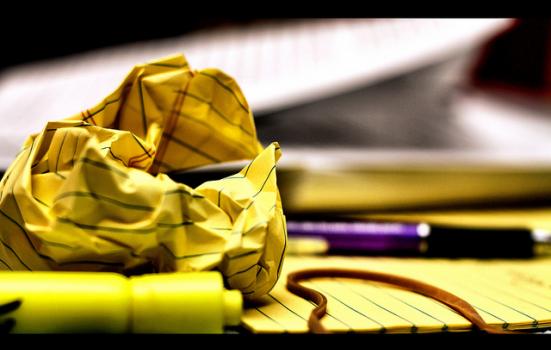 Phil Roeder via Visualhunt.com (CC BY 2.0)

The invitation to tender for implementing Arts Council England’s (ACE) controversial ‘Quality Metrics’ system for quantifying the quality of art has been suspended, having apparently failed to abide by European procurement legislation.

ACE has refused to respond to AP’s questions about this, declining to specify which aspects of the process needed to be reviewed to meet the requirements of the Official Journal of the European Union (OJEU), where all public sector tenders valued above financial thresholds set by EU legislation must be published. It has also declined to say whether the invitation to tender process will be re-run.

The delays may affect some National Portfolio Organisations (NPOs) that would have been required to use the new system to complete two or three evaluations of the quality of their artistic work before March 2018.

The £2.7m tender for delivering the Quality Metrics system was published in the OJEU on 23 January this year, with a response deadline of 6 March. A preferred bidder was identified in April. ACE told AP that three bids had been submitted, and two suppliers invited for meetings, and that it would “shortly be sending out letters to all the bidders… to inform them of our decision”.

Despite ACE telling AP the timetable was “on track” and the programme would be rolled out “as planned”, no decision letters were issued. Initially ACE blamed this on “pre-election sensitivities”, saying that an announcement would occur after 8 June.

But earlier this month an ACE spokesperson told AP that the awarding of the contract had been delayed due to problems meeting the “detailed and complex requirements” of the OJEU. A spokesperson explained: “…on review of the procurement process, we are halting to review some aspects and consider our options for meeting these requirements.”

ACE has refused to clarify which aspects of the process have fallen foul of the EU rules. Further to AP’s questions, a spokesperson said: “Your comments and questions have been noted… Discussions and consideration of options are on-going and therefore we are unable to comment on the specifics.”

The timescale for the whole Quality Metrics initiative is now in doubt. The successful bidder was due to be contracted by 29 May, and to start work on 1 June. By the end of July, the NPOs required to participate in the Quality Metrics system should have been engaged and inducted, and ready to complete two or three evaluations before March 2018.

Since 2013, this work has been led by consultant John Knell, whose company Counting What Counts Ltd has been using Culture Counts, proprietary software developed in Australia, to trial the system.

In total, public investment in setting up the Quality Metrics scheme using Culture Counts has topped £700k, including £300k from the Nesta-led Digital R&D fund – of which ACE was the primary funder – to develop Culture Counts to the point that it could be used to try out a set of survey questions. A further £300k was invested in a pilot scheme among 150 of ACE’s funded clients, many of whom will in future be required to implement the Quality Metrics system as a condition of their grant funding.

Some suppliers have complained that, because the development of the Culture Counts system was funded by ACE, “other suppliers would be at a significant disadvantage” in any tender process.

The Public Contracts Directive 2014/24/EU states that contracting authorities, such as ACE, can consult with potential suppliers before a procurement process begins, but not if “the design of the procurement is made with the intention of unduly favouring or disadvantaging certain economic operators”.

The combination of the prior relationship between Culture Counts and ACE, a tender document that closely resembles the Quality Metrics pilot project, and the short time-scale between submission of bids and the project starting, raises questions as to whether any bidders who did not have a prior relationship with ACE have been operating on a level playing field.