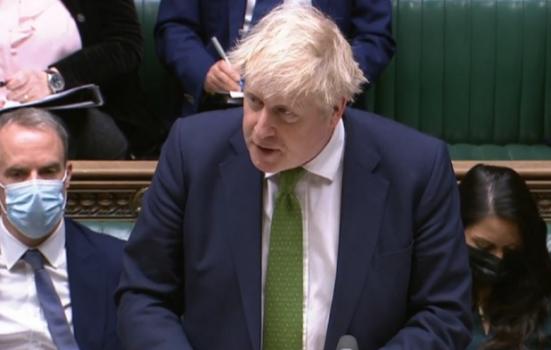 Boris Johnson has promised a return to "Plan A" - is it to be believed?

All of England's Plan B Covid restrictions will be removed next week, Prime Minister Boris Johnson has announced.

From Wednesday (January 26), legal requirements to work from home and present vaccine passports at large events end, along with mandatory mask wearing in public spaces such as theatres, museums and cinemas.

The announcement, which goes further than many speculated by reducing face coverings to a suggestion, follows an easing of restrictions in Scotland and sustained falls in infections and hospitalisations from Omicron.

What's more, the need to self-isolate if you test positive will expire on March 24 - potentially earlier, public health permitting.

"As Covid becomes endemic we will need to replace legal requirements with advice and guidance," Johnson said on Wednesday (January 19).

“We will continue to suggest the use of face coverings in enclosed or crowded spaces, particularly when you come into contact with people you don’t normally meet, but we will trust the judgment of the British people and no longer criminalise anyone who chooses not to wear one.”

The Theatres Trust was quick to welcome the announcement, but would not be drawn on whether theatres should keep measures in place.

"Theatres in England have not had the buoyant festive period they so desperately needed after nearly two years of the pandemic," Director Jon Morgan said.

"We hope that lifting the work from home guidance will encourage more people to return to town centres and visit their local theatres, giving them a much-needed boost."

SOLT and UK Theatre echoed that: "'The relaxing of Plan B measures, particularly the end of mandatory home working, should provide a confidence boost to the theatre industry after several weeks of turbulence and uncertainty."

Johnson says it is time for "Plan A" now most over-60s are triple vaccinated.

He likened Covid to the flu, a virus to live with, and said he "very much expect[s] not to renew" restrictions in the spring - though it's not the first time the PM has claimed the loosening of restrictions was "irreversible".

Despite Johnson saying infections have "peaked nationwide", government scientists caution against such assurances: "The epidemic still has the potential to continue to grow nationally," the most recent meeting minutes say.

However, it says interventions beyond the vaccine, while unlikely to affect the peak, may reduce hospitalisations, which continue to grow outside of London.

Commentary from the wider medical community has been scathing: "It is striking that the Government are so adept at moving to reduce restrictions early when they have repeatedly failed to act in a timely fashion to prevent now five consecutive waves... resulting in profound human and economic cost," Dr Stephen Griffin of Leeds University's medical school said.

"Endemic, sadly, does not mean benign."

Measures differ across the UK, with continuing restrictions beyond England.

Wales' First Minister Mark Drakeford said the country could return to alert level zero by January 28 if cases numbers continue to decline, and Scotland will lift limits on events from Monday (January 24).

Northern Ireland will reopen nightclubs from January 26, with vaccine passports still in place for some large indoor events.

But he issued a sobering warning: "The 438 deaths recorded yesterday are a solemn reminder that the pandemic is not over."

Johnson appeared to take aim at the rest of Europe and the union for its more cautious approach.

"We resisted calls from others to shut down our country all over again. Many nations across Europe have endured further winter lockdowns, many have seen hospitality curfews and nightclubs closed, capacity limits at sports stadiums, the return of social distancing and, in some places, Christmas and New Year as good as cancelled.”

“This Government got the toughest decisions right," he said.