Parliamentary group doubles down on diversity in the creative industries

Universities have been tasked with identifying ‘what works’ for creative organisations aiming to become more inclusive and open up opportunities and access to a wider range of talent. 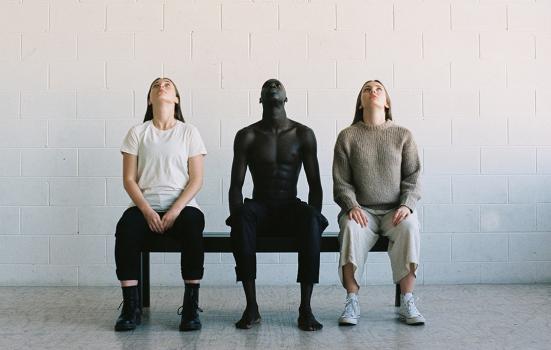 A year-long research project studying how best to boost diversity and inclusion in the creative sector has been announced by the All-Party Parliamentary Group (APPG) for Creative Diversity.

The group, which was set up last year and is chaired by former Arts Minister Ed Vaizey, is calling for evidence that will support the creative industries in their efforts to become more open and diverse as businesses and organisations rebuild after the coronavirus crisis.

Roundtable events will contribute to the research, though these will begin via Zoom during the lockdown, and further evidence will be gathered through a global literature review.

King’s College London, University of Edinburgh and the Creative Industries Policy & Evidence Centre, led by Nesta, will be leading the project, which aims to identify the variety of ways that the sector can involve talented people from all backgrounds and develop sustainable, inclusive approaches to opportunities and access. It will culminate in summer 2021 with recommendations for both the sector and government.

Support for the APPG research is coming from the Paul Hamlyn Foundation and media and entertainment NBCUniversal, with the Creative Industries Federation providing communications and digital support.

Co-chair of the APPG Baroness Deborah Bull is concerned that access to careers in the creative industries remains uneven, which influences the work that gets produced, whose voices it represents and who makes up the audiences. She said: “This matters, because representation matters: if the workforce is skewed, then so is the message. In light of this current situation, which presents such a threat to our creative industries, we must double down on our efforts to identify ways to address this challenge.”

Her views are echoed by Moira Sinclair, Chief Executive of the Paul Hamlyn Foundation, who said: “We have long argued that diversity in the cultural sector and creative industries is not a ‘nice to have’, but a business imperative and social justice issue. There is a danger that the current crisis could perpetuate inequalities, which makes this work all the more important. If we do not act, as we re-emerge, we run the risk of being irrelevant, of losing talent and of stagnating.”

Submissions of evidence-based approaches to embedding diversity and inclusion in creative organisations can be emailed to diversityappg@gmail.com