Simon Rattle and Maria Balshaw are among the signatories to a letter highlighting a continued drop in teacher numbers and hours dedicated to creative subjects. 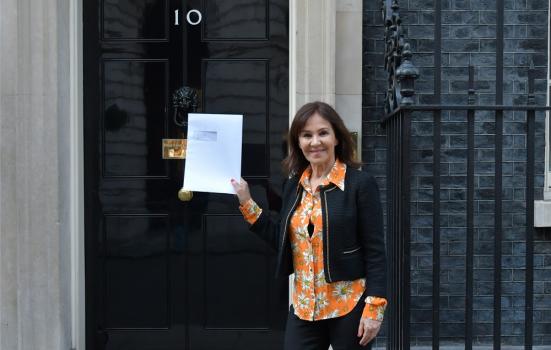 Arts leaders have urged the Prime Minister to drop the “un-evidenced” English Baccalaureate (EBacc), which they warn is “damaging the quality of the education offered to pupils in England”.

A letter, which was delivered to Theresa May today, had more than 100 signatories, including conductor Simon Rattle, incoming Tate Director Maria Balshaw and organisations such as Shakespeare’s Globe and UK Theatre.

The signatories object to the schools’ performance measure, which requires students to study a minimum of seven GCSEs from a suite of subjects that excludes the arts.

The letter highlights the decline of teacher numbers and hours committed to creative subjects, and a fall in the percentage of pupils taking at least one arts subject for the first time since 2012.

“With the UK now repositioning itself on the world’s stage, the EBacc is no longer relevant; and dropping the un-evidenced and deeply damaging EBacc would come with no political or financial cost but with huge gains to the UK’s reputation as a leading creative industries player, our economy and our skills base,” the letter states.

The letter was written by the Incorporated Society of Musicians (ISM)’s Bacc for the Future campaign, which claims to represent over 200 organisations and more than 100,000 individuals. It urges the Prime Minister to listen to “the head teachers, businesses, organisations and creators who oppose this policy”.

It was delivered this afternoon following a gathering of around 40 activists outside Parliament. Carrying placards, the campaigners played music, danced and listened to speeches by Arlene Phillips and Nick Brooke, Vice Chair of the National Association of Head Teachers. 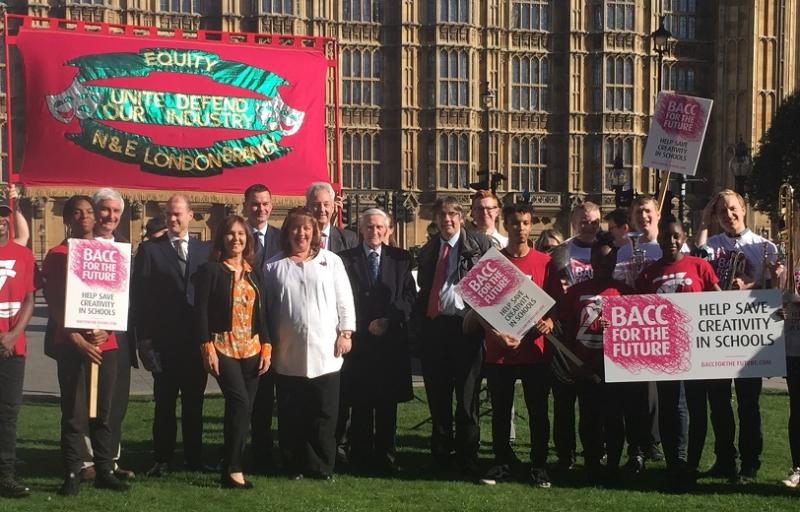 It follows figures reported by AP that show entries into arts subjects, including design and technology, fell across all schools by 46,000 between 2015 and 2016, and reports that most arts teachers feel the EBacc is squeezing creative subjects out of the curriculum.

Building on this, the letter says the EBacc creates an “artificial and false hierarchy of subjects”. It warns this contradicts the Government’s commitment to the creative industries as a “central sector for growth”, and the sector’s position as the fastest growing part of the UK economy.

In addition, it notes teacher numbers and hours are declining almost twice as fast in creative subjects, the percentage of pupils taking at least one arts subject declined in 2016 for the first time since 2012, and there was an 8% decline in the uptake of creative subjects, including design and technology, from 2015-2016.

The Government remains committed to plans for at least 90% of pupils to take the EBacc by 2020. Schools Minister Nick Gibb has repeated assertions that there is “no evidence” to suggest the take up of arts GCSEs is declining, and dismissed teachers’ concerns about the EBacc as “tired and inaccurate criticisms”.

In November 2015, the Department for Education launched a public consultation on how best to implement the policy, which closed in January 2016 with the second highest response rate for 2015. Although the Government planned to publish a response in spring 2016, the results are yet to be released.

“We urge you to publish the consultation response without delay and look forward to your announcement that the government has listened and is reversing the EBacc policy,” the letter continues.