The Queen’s Birthday Honours list includes those whose work during lockdown has inspired other people and prompted new approaches to community engagement. 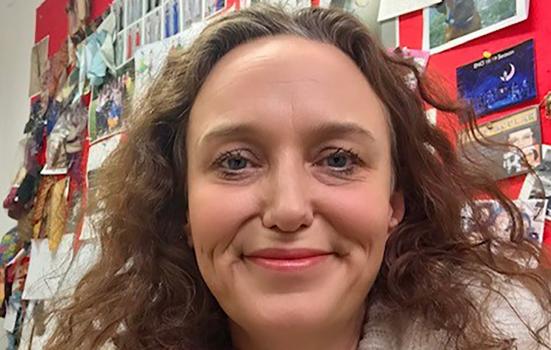 Sarah Bowern, Deputy Head of Costume at English National Opera, has been honoured with an MBE for her services to opera and charity during the Covid lockdown earlier this year.

With theatres closed and the costume department on furlough, she set up and coordinated a team that started sewing scrubs for NHS frontline workers, which went to hospitals across London.

During that period, the ENO costume department made 1,700 pairs of scrubs, 500 hats and 1,000 visors. They also raised £26,000 to make the scrubs, and the remaining funds were donated to NHS charities.

She said: “I am so proud of the way my brilliant ENO colleagues and our freelancers costume network rallied round to help us provide PPE and other supplies to our wonderful NHS and front-line workers.

“It has been fantastic to return to my day job back at the London Coliseum in recent weeks and I can’t wait to celebrate with everyone at ENO, my family and friends when we are all back together.”

Harry Brunjes, Chair, and Stuart Murphy, CEO, English National Opera paid their tribute, warmly acknowledging her “inspirational leadership of our brilliant Costume and Props teams to respond to the pandemic.”

Bowern was among over 400 people who received awards for making a difference at the start of the Covid outbreak.

Others included artist Matthew Burrows, for the fundraising initiative Artists Support Pledge which raised money for artists struggling financially during Covid-19. Using the social media platform Instagram, the campaign – supported by the Crafts Council – has become a global creative economy supporting artists worldwide. The pledge has led to 76,500 posts of artworks for sale by participating artists and makers, and driven an estimated £15m of sales across the world.

Sally Shaw, Director of Firstsite in Colchester, has been awarded an MBE for a speedy response to supporting the community during lockdown with a digital activity pack featuring contributions from high profile artists. This has now been distributed to 71,000 households locally, nationally and internationally. The early reopening of Firstsite’s free holiday club gave children out of school a safe place to go.

Musician Ben England received a BEM for founding Homechoir, a way of learning, singing and performing music in a safe and entertaining manner whilst social distancing. Under the label Quarantine Choir, he produced nearly 200 broadcasts and videos over the first five months of the Covid crisis, all delivered free of charge for the community.

Others in the arts honoured for their contributions at that time were singer/songwriters Lurine Cato and Melesha O’Garro, both for services to music and charity.

Awards for the arts and culture

A further 69 individuals in the arts and entertainment sector were also given awards for their services to their communities and to society more generally.

Vikki Heywood, chair of Mountview Drama Academy and Festival UK 2022 and a board member of the National Theatre, becomes a Dame, as do actor Maureen Lipman and author Susan Hill.

Other awards have been spread across art forms and disciplines. Susan Whiddington, founding director of Mousetrap Theatre Projects, and Donna Lynas, Director of Wysing Arts Centre, were among the arts professionals receiving awards, as were others supporting the sector, including Luthfur Rahman, Executive Member for Culture and Leisure at Manchester City Council, and Head of Performing Arts at Castlemilk High School, Ruth Stevenson.

A wide range of community-based arts activity was also recognised, with honours going to local music teachers and arts leaders delivering across many artforms and in all four countries of the UK.

See below for a full list of award winners cited for their service in the arts. The Government’s list of 2020 honours can be found here.

* For services during the Covid-19 crisis.

Please contact editors@artsprofessional.co.uk for any omissions, which are unintended and for which we apologise in advance.