Employment in culture up 20% in past five years

A boom in employment means the Government must prioritise the creative sector in Brexit negotiations, the Creative Industries Federation has said. 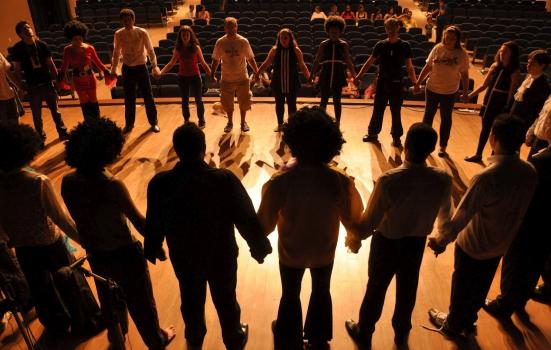 Employment in the cultural sector has grown steadily over the past five years, increasing by 20% between 2011 and 2016 to 654,000 jobs, according to newly released Government figures.

John Kampfner, CEO of the Creative Industries Federation, said the “impressive” figures proved why the Government must safeguard the creative sector ahead of Brexit.

“The creative industries are out-gunning the rest of the economy several times over but this is not guaranteed to continue,” he said.

“The government must make the creative industries a priority in Brexit negotiations and address the Federation's concerns regarding immigration, trade and intellectual property rights.”

The latest DCMS employment and trade estimates, show that in 2016 there were 5.2 million jobs – 16.1% of all jobs in the UK – in DCMS sectors, which comprise civil society, the creative industries, cultural sector, digital sector, gambling, sport, telecoms and tourism.

55.6% of the jobs in the DCMS sector – not counting tourism, which is excluded because of the way the data are collected – were done by a man, compared with 50.4% across the UK. Over 80% were done by a person from a more advantaged group – compared with 67% in the UK as a whole – and this figure rises to 92% in the creative industries.

The proportion of EU nationals employed in the cultural sector was also under-representative of the economy as a whole – 4.6% compared with 7%. The DCMS sector average (5.4%, excluding tourism) and the creative industries (6.7%) were slightly higher, although remained below the UK average.

The Government data also found high levels of self-employment in the DCMS sectors. 47.6% of workers in the cultural sector are self-employed, compared with 34.5% in the creative industries and 16.3% across the wider economy.

In 2015, DCMS sectors exported £38.2bn of services to the rest of the world, forming 17% of total UK service exports.

But the proportion of imports from EU countries is falling. In 2015, 47.7% of imports of services for DCMS sectors came from countries in the EU, which is 6% lower than the same figure for 2014.