Volunteer programmes have been suspended and freelance contracts are at risk as museums take measures to sustain themselves through the Covid crisis. 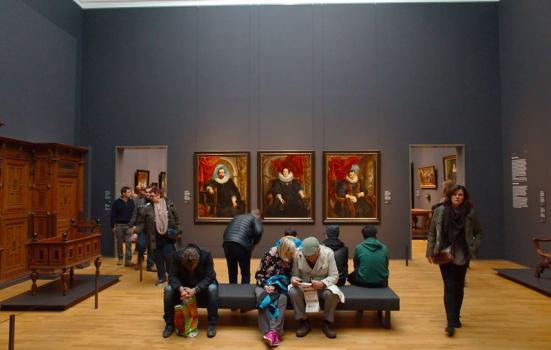 Museums around Europe have reported up to 80% loss of income as a result of closing their doors to the public, though many have experienced an increase in online visits.

Fewer than one in ten museums have remained open and losses are mounting, with the larger institutions and those in popular tourist destinations worst hit of all. These bigger museums, such as Amsterdam’s Rijksmuseum and the Kunsthistorisches Museum Vienna, are losing between €100k and €600k a week.

Some private museums that draw most of their revenue from sales are losing all their income while they are is closed and fear they will eventually have to close permanently.

Where museums have remained open – in Sweden, Albania, and some in Austria - they are seeing an increase in visitor numbers.

The figures have emerged from a survey by the Network of European Museum Organisations (NEMO)  to which more than 650 museums from 41 countries reported their actions in the early weeks of the crisis.

The survey looks at how the situation has impacted museum budgets and operations, how museums are coping, and how they are adapting their structures and offering new digital services to their audiences.

Public museums were concerned that their programmes and activities will be cut as a result of the situation. In the first weeks of the crisis the majority of museums had not laid off staff, but 70% had changed staff roles in response to changing needs. Some museums had suspended their contracts with freelancers and most had stopped their volunteer programmes entirely. Lending and borrowing was affected, due to closed borders, the lack of transport services and limited staff numbers.

Long-term infrastructure projects were already being put on hold – some being wholly reconsidered as budgets are rearranged.

Most museums have boosted their social media activity, featuring individual objects to their audiences, mainly using the Facebook and Instagram platforms. Virtual tours and online exhibitions have also increased, and some museums have been planning for podcasts, live content and game creation, seeking feedback and engagement from the online audiences.

NEMO is asking museums to continue answering the survey until 17 April so that it can monitor the situation and compare results during a longer period. The organisation is urging governments at all levels “to invest in Europe’s museums now and in the future, to mitigate the losses and to support what binds us together, while so many other things drive us apart”. It has signed an open letter to the European Commission and Member States, initiated by the Greens of the European Parliament and 105 MEPs and 312 associations from the Cultural and Creative Sectors, calling for immediate and long-term support actions for the sector.