Literature Wales was stunned by the review, which recommended stripping the body of its main responsibilities and handing them over to the government-sponsored Books Council. 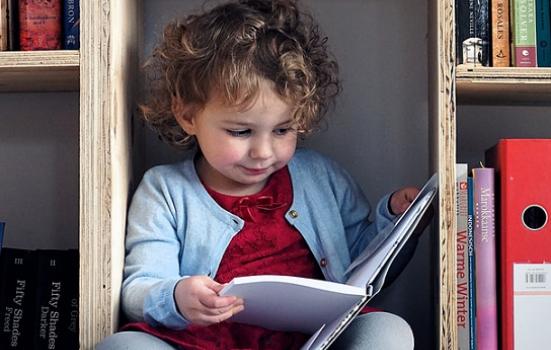 A damning independent review of Wales’ national literature agency has been robustly criticised by the Arts Council of Wales (ACW).

Responding to claims the board of Literature Wales (LW) lacks the skills and experience to spend public money, ACW said the Government-commissioned report “does not present a balanced view of the activities, achievements and competence of Literature Wales”.

“The Welsh Government commissioned a detailed and thorough analysis of the sector. What we have instead is a report that is partial in its analysis and inconsistent in its judgement,” a statement read.

“This undermines the authority of the review panel’s conclusions.”

Literature Wales also dismissed the report, with Chairman Prof Damian Walford Davies telling the BBC he was stunned by the conclusions. “When the report was published we were dismayed, we were shocked, we were outraged by the dud that this report is. By its inaccuracies, by its under-par research into the field,” he said.

The independent review intended to evaluate the current infrastructure and financial support available to publishing in Wales.

Some of its more controversial conclusions centre on Literature Wales, which was set up in 2011 to promote the creation and enjoyment of literature in the country. The agency received £717k of core funding from ACW in 2016/17.

The review concludes the organisation does “not contain the right composition of skills and experience to run a body spending public money,” and recommends transferring management of significant activities – including the Welsh Book of the Year award, bursaries, and literary events – to the Welsh Books Council, a Government-funded organisation.

It says Literature Wales and ACW should not seek an extension of current funding for activities that rely on third party funding, including National Lottery funding for bursaries. “They should instead actively support an application from the WBC for the funding needed for delivery of this function in future,” the report notes.

But ACW said it was not convinced by the conclusions, as the report “contains no assessment of whether these particular changes are likely to work”.

“This single solution is advanced with no evaluation of its benefits and no assessment of its value for money. This is a poor basis for proposing such radical change,” a statement continues.

The national funder said it would send a full response to the Welsh Government, but highlighted several other issues on which it would respond as it was “deeply disappointed” by the quality of the report.

One such issue was the presentation of LW as an organisation “teetering on the brink of crisis, unfit to receive public funding”. ACW said it “categorially disagrees” with such a position, and a more rounded analysis of the challenges faced by LW and the progress it was making to develop activity was not reflected in the report.

In addition, ACW said it was “dismayed” to see the report conclude the national funder had advocated a merger between the Arts Council and the Welsh Books Council, when its submission to the panel “ruled out just such a suggestion”.

“In spite of our disappointment with the report,” ACW concludes, “we believe that the Welsh Government is committed to identifying outcomes that both meet Government policy and that will deliver the greatest benefits to the many organisations and individuals who are involved in publishing and literature in Wales.

“We respect the Welsh Government’s position, and we will work positively with all relevant parties to agree practical and affordable proposals that ensure that these objectives are met.”