An academic study has concluded that debate about the value of culture has been distorted by a desire to influence public funding and policy, and weakened by poor-quality evaluation. 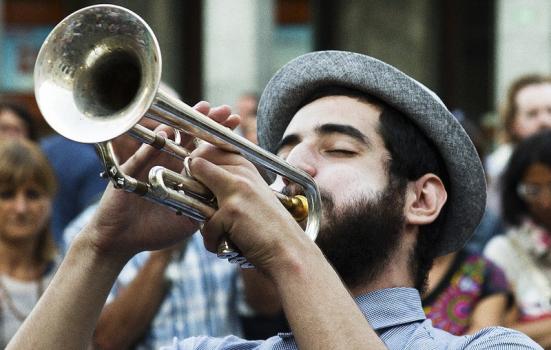 The 200-page report, ‘Understanding the value of arts and culture’, presents the findings of the three-year Cultural Value Project led by the Arts and Humanities Research Council (AHRC). The study is described as being “among the most extensive, wide-ranging and challenging” of attempts ever made to grasp the difference that engagement with arts and culture makes to individuals, society and the economy. It was based on over 70 original pieces of work, including new research, critical reviews of literature and specialist workshops.

The report concludes that the value derived from arts and cultural activity arises primarily at the individual level, but recognises that this can be a catalyst for wider benefits, like better civic engagement, stronger communities, economic benefits, good health and wellbeing, and positive educational outcomes.

But it also draws attention to areas of research “whose importance has been too little acknowledged”. It says research studies should pay far more attention to “the way people experience their engagement with arts and culture” and that failure to do this has meant some areas that could shed light on cultural value have been neglected.

Summarising the contribution that the project has made to understanding the value of culture, authors Geoffrey Crossick and Patrycja Kaszynska warn those making the case for public funding that the report is “not intended as an advocacy document”. As well as reporting on the ways that cultural value is experienced, it “challenges familiar claims about the importance of arts and culture and questions them when it doesn’t find them to be sustained by the evidence”. The authors comment: “If we’re to have the grown-up conversations about why arts and culture matter… then we have to accept when arguments are weak, methodologies are unsatisfactory, or evidence is insubstantial.”

Critique of current research and evaluation practices in the sector is central to the report, and the authors give examples. They note that debate about inequalities in the sector is often built upon “a narrow definition of arts and culture, seeing it through hierarchies of taste or public funding” and that “Black, Asian and minority ethnic cultural practice and consumption have been particularly marginalised when discussing cultural value and participation”. Equally, the importance of the home – “where most engagement with cultural activities takes place” – has been “virtually ignored” in discussions about the impact of culture. The report also comments on the “hierarchy of subjects” in education, which has led to a research questions about “whether studying music improves ability in maths, but not whether studying maths improves ability in music”.

Other examples show how claims being made for cultural value are underpinned by research of limited quality and scope. In his foreword to the report, AHRC Chief Executive Andrew Thompson points out that, while cultural organisations have been successful at “making their case for investment”, the sector is still “lacking robust methodologies for demonstrating the value of the arts and culture, and for showing exactly how public funding of them contributes to wider social and economic goals”.

A number of areas of cultural research and evaluation are placed under the spotlight:

An event reflecting on these and other issues emerging from the launch of the report will be held at the British Film Institute in London on 27 April.