Mandatory tax relief on business rates for registered charities will mitigate the impact of rate rises of up to 60%. 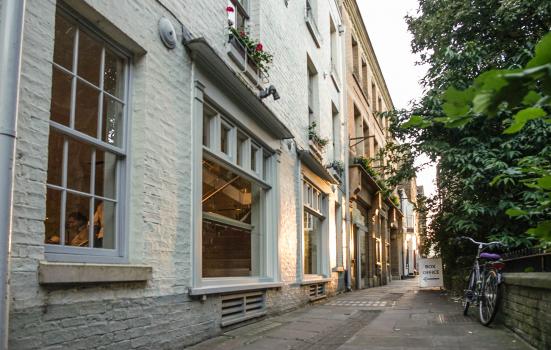 Some theatres in England and Wales are facing business rate revaluations that will see their rates bills rise by over 50%.

Most theatres in the not-for-profit sector will avoid the full financial impact of rates increases being applied by local authorities from 1 April, thanks to business rates relief available to registered charities. But commercial operators who are ineligible for the discount will face the full force of the increase.

Theatres in the West End are particularly concerned about the increase: London business newspaper City A.M. reported their total tax bill is expected to swell by nearly 40%, and the New West End Company has warned about potential job losses.

Nick Thomas, Chairman of Qdos Entertainment group –  the UK’s second largest regional theatre and concert hall operator – has urged the Government to re-think the increase, outlining his concern that regional theatres would be “disproportionately impacted”, and some may become “unviable” and forced to close.

“Whilst we broadly understand the rationale behind the proposed changes our primary concern is that regional theatre venues are disproportionately impacted,” he wrote in a letter to Chancellor Phillip Hammond.

“Put simply, the rateable value of the buildings we operate will have increased significantly given their location, size and scale – whilst levels of business will not have kept pace.”

His letter to Hammond continued: “Margins remain tight. Following widespread and well-documented local government budget reductions, our business in operating their theatres is moving ever-closer towards a ‘zero-subsidy’ model.

“As you will appreciate this means every penny counts. Against this backdrop, and the ongoing economic uncertainty following the Brexit vote, the effect of the proposed rates increase is of very real concern.”

Business rates are based on the Valuation Office Agency (VOA)’s assessment of a property’s rateable value, drawing on its size and location. The forthcoming tax hike will reflect a 30% increase in theatre buildings’ ‘rateable value’ since 2010 – the last time a revaluation occurred. For some theatres, this will mean their rates bills will increase by almost 60%.

Business rent and rates specialists CVS have identified 730 buildings in England and Wales classified as ‘theatres’ by the VOA. Their figures show that, were it not for the 80% discount – plus a further 20% at the discretion of the billing authority – theatres would be facing a combined rates bill of £141m across the five-year period.

“There’s no doubt that the new Rating List isn’t the best bit of news for theatres and arts buildings, with some premises being hit particularly hard,” said Mark Rigby, CEO of CVS .

“As rates bills start to land, we encourage businesses facing increases to seek professional advice as to whether they are paying the correct amount.”

Among the theatres facing an increase of over 50% is Cambridge Arts Theatre, which would have to pay £10k a year more were it not for its 80% rate relief. The theatre told AP: “We are aware of, and are obviously disappointed by, the proposed increase in our rateable value and are in constructive discussion with the relevant authorities to mitigate its effect.”

Qdos told AP it seeks either firm guidance from the Government to Local Authorities in terms of providing discretionary relief for theatre sites, or an alternative means of calculation based on something other than property value – potentially turnover or profitability.