Investment in the arts “puts money where it counts and where it says a lot about our country,” George Osborne tells the creative community. 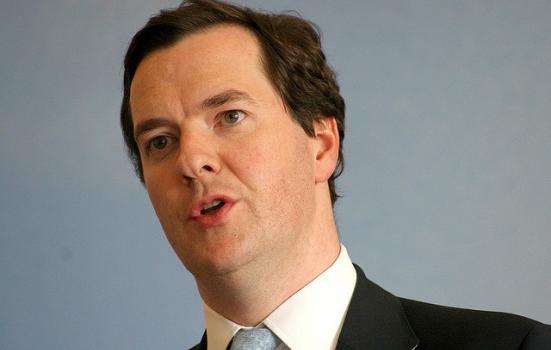 Public funding for the creative industries is about more than simply an economic calculation, it’s “an investment in who we are as a nation,” according to Chancellor of the Exchequer George Osborne.

Addressing creative professionals at the first anniversary celebration of the Creative Industries Federation, Osborne described his decision to continue investing in the arts as “one of the big choices we have made”. The “big role” for public investment alongside private money and commercial success from ticket sales, he said, has “always been part of the unique British mix”.

He acknowledged that the financial return realised from the culture budget is “pretty impressive”. “You put money in, you get money out as a country,” he said. But he also recognised the importance of “art for art’s sake”, and described the current period of “incredible creativity” as being a rival to the ambitions of the 1960s, when the country was dominating world culture. Noting success stories including the “best play on Broadway”, ‘The Curious Incident of the Dog in the Night-Time’, which is based on a British novel, and Adele, the biggest-selling singer in the world, he said: “That’s not bad for a country that has 1% of the world’s population.”

Creative Industries Federation Chief Executive John Kampfner hosted the event. He described the arts and creative industries as being “what defines the country internationally” – not “something soft you do on a Saturday night”. He continued: “For so long, perhaps because each discipline was operating in its own silo, the sector did not have the heft it deserved. We hope that, working in partnership with others – as may have been evident in the run-up to the Chancellor’s spending review – we have begun to address that.”