A report has concluded that extending the award would be of limited use unless a new scheme were to incorporate professional development and network-building opportunities. 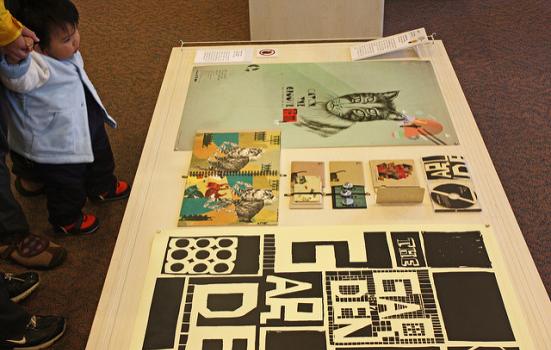 istolethetv on VisualHunt.com / CC BY

Arts Council England (ACE) has looked into the possibility of extending Artsmark, its cultural award scheme for schools, to nurseries, childminders and pre-schools, it has emerged.

But a report it commissioned found that the early years sector was more interested in support activities than an award in itself, and advised that any new award should be incorporated into a wider professional development scheme.

In the report, which was delivered to ACE a year ago but not released until last week, researchers Ben Sandbrook and Ruth Churchill concluded that “whilst there is an appetite for an early years Artsmark, in an appropriately moderated form, there is a greater appetite for a broader professional learning programme, of which an award forms an integral, but optional, part.”

The report predicts that if the current Artsmark model was simply transplanted into early years settings, it would end up benefiting areas where arts and creative provision is already strong – or providers simply seeking a badge for marketing purposes.

Finding that early years settings were not interested in benchmarking themselves against their peers, and that some were concerned that the introduction of an award could be too distracting, it recommends that any qualification is presented as “more of an enquiry-based project”.

The process should also allow early years settings to get involved without necessarily working towards the award, say the authors.

They recommend a cost of participation of between £100 and £120 - about half the cheapest price currently offered to schools - to make the programme as accessible as possible.

The online platform would offer self-assessment, modules on creative leadership and working with artists, and could be used for evaluating individuals and settings, as well as the impacts of interventions.

The action learning networks would bring together providers to exchange ideas and “keep them accountable for their goals”, and could be run by early years clusters, National Portfolio Organisations  and Bridge Organisations.

The report finds that arts and culture are a priority in just under 50% of early years settings, and that both cultural practice and provision is of a medium quality in most settings.

Because most settings do not prioritise the arts, the report recommends that, to make the award as attractive as possible, the arts sector should develop it in partnership with a broader range of educational organisations such as the Department for Education, Ofsted, and the National Literacy Trust, as well as the early years settings themselves. “A cross-sectoral initiative, tackling high priority agendas through the arts, is likely to have a greater impact," the report reads.

Despite being ‘refreshed’ in 2015, the Artsmark scheme has faced criticism for struggling to establish itself. £10m has been invested in the scheme since 2006/07, but the proportion of schools involved in it increased by just 1% between 2005 and 2017. ACE calculates that around 37% of eligible schools have engaged with the award, but as of January 2018 just 14% held or were working towards an award.

The potential expansion of Artsmark to early years setting would fit with the national funder’s ongoing drive to develop arts education during the first phase of life, from 0-25 years of age, but ACE has given no indication as to whether any plans will be drawn up.