Ministers have been warned that plans for a new Governmental culture champion have been met with ‘mixed’ reaction from the sector. 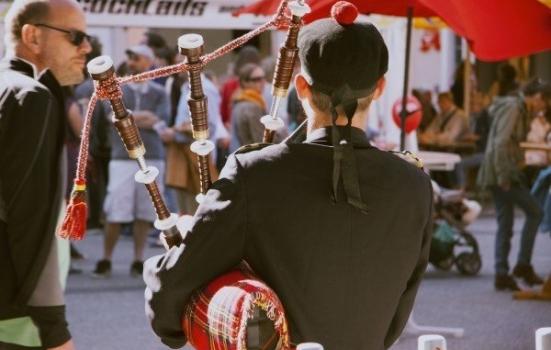 A dedicated fund to support culture in rural areas is one of the ideas proposed by respondents to the Scottish Government’s consultation on its proposed draft cultural strategy.

A report on responses to the consultation says that a “Cultural Sustainability Fund for rural Scotland” was suggested, as well as “funds targeting the most deprived communities”.

But there was a mixed reaction to the Government’s suggestion of devolving budgetary decision-making to local communities, with some respondents expressing concerns that this approach may not work in smaller rural areas which lack adequate administrative and volunteering capacity.

The draft cultural strategy, which was published last summer, aims to place culture “as of equal importance” with the economy, education, environment, health and tackling inequality, and followed a nine-month programme of public meetings and events across the country.

Over 80% of stakeholders supported the overall draft culture strategy, although many respondents felt it is vague and lacks a concrete definition of culture.

The suggestion of a Cultural Sustainability Fund was made in response to the strategy’s proposal to “explore new funding models to support the culture sector and to develop the creative economy”.

Respondents supported these plans, although the report stresses that “any suggestion that public cultural institutions will be encouraged to find alternatives to Government funding was seen as worrying”.

There was also support for more “micro-funding” opportunities, and for moving away from short-term and piecemeal funding to a more sustainable and long-term approach. Respondents suggested that organisations recognised as being “important and strategic” should have access to funding that extended beyond three years.

Some respondents made calls for funding streams and grant-making responsibilities to be aligned and simplified, and expressed frustration that funders need them to demonstrate that their projects are ‘new’ to receive funding, even when existing formats are working.

The report reveals that opinion is divided on one of the draft strategy’s more eye-catching proposals, a new “cultural leadership post” in the Scottish Government that would take a multi-disciplinary approach to connecting different policy areas.

Although many respondents were in favour of the idea, suggesting the post could be akin to a Chief Medical Officer or Chief Scientific Officer and could work on topics such as maintaining the place of arts and culture in the curriculum, others worried about the practicalities and accountability of the position.

The report says fewer respondents were against the post than were in favour of it. But there were concerns that the position would:

In order to avoid disadvantaging black and minority ethnic groups, who are under-represented in leadership positions, some respondents said any internal post should be “accompanied by a panel of partners within the sector which includes black voices” as failure to do so would mean “the inequality will be perpetuated”.

Your choice of photograph to accompany this story - a young man with bagpipes, probably taken in Edinburgh during August - is such a cliché and does not reflect the thriving, diverse, challenging and bloody brilliant arts scene in the rural areas of Scotland whether in the south or the north. I speak as one who knows - as chair of The Touring Network (Highlands & Islands) which supports 90 small scale venues and mainly volunteer promoters across the whole of the area. Remote these places might be, but they do not lack engagement and energy and while you might encounter a bagpiper or two, he/she is more likely to be part of a larger and eclectic group of musicians. If you want to get a real sense of what is happening, check this out. https://epicstagestory.thetouringnetwork.com/film/ Christine Hamilton