Do we know more about the worth of the arts than we did 30 years ago or have we been going in circles? Researcher Patrycja Kaszynska and consultant Ian David Moss discuss researching the value of culture in the UK and the US. 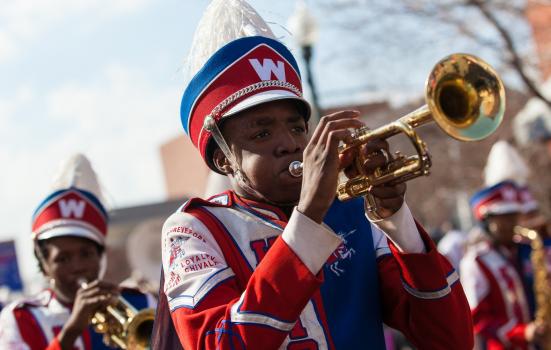 Shreveport-Bossier: Louisiana's Other Side via VisualHunt (CC BY)

There is a sense that history’s alleged tendency to repeat itself is particularly pronounced in the cultural value debate, and with respect to efforts to ‘demonstrate’ the value of arts and culture. Have we made progress in the past 30 years, or is it true that we have been going in circles?

The soon to be published report from the UK’s Cultural Value Scoping Project grapples with these questions, and in doing so discusses a number of structures – both historical and contemporary – dedicated to understanding the value of participating and engaging in arts and culture. One such platform was US-based think tank and online publication Createquity, which closed in late 2017 after ten years of operation.

PK: Let me start by gauging how our perspectives may differ or converge. In regard to how cultural value research is approached and conducted, how similar are the US and the UK contexts?

IDM: Well, one difference is that we don’t really use the term ‘cultural value’ in the US. We generally talk about the ‘benefits’ or ‘impact’ of the arts to mean more or less the same thing. Language differences aside, I think the conduct of research is more similar than different. A lot of the findings are pretty similar as well.

It seems interest in this area has skyrocketed in Britain following the cutbacks in government funding, with a lot of attention focused on ‘instrumental’ impacts like benefits to health, education, etc. We went through all that in the US two decades ago following the cuts to the National Endowment for the Arts, so it’s a bit old hat to us. On the other hand, I think the interest in the UK has opened up space for some methodological and conceptual innovations. I love what the Brits are doing around incorporating subjective wellbeing in a more intentional way into policymaking, and making an explicit tie between wellbeing and arts and culture via the What Works Centre for Wellbeing and other bodies. We’ve started to explore that a little bit in the US, most notably with Createquity’s work and some of the more recent efforts from the Social Impact of the Arts Project, but it’s still a fringe movement at this point.

PK: I think we are pretty aware on this side of the pond that ‘cultural value’ is not the most transparent or graceful of concepts. It is however one with an established usage, in particular in policy, which stretches back at least to the early 2000s and has been used to give unity to diverging agendas. And, in defence of the term, the concept of value is much richer than ‘impact’ or ‘benefit’ (e.g. value to whom? positive or negative?).

This links with your point about the so-called ‘instrumental benefits’. Just like you and colleagues in the US, we concluded a while ago that the intrinsic-instrumental distinction is not helpful. It distorts what’s at issue in cultural engagement, where instrumental outcomes most typically flow from intrinsic engagement.

You recently said that we should be moving away from ‘research for advocacy’ and towards research that helps those working in the cultural sector make better decisions. What made you say this and what are the key questions we should be focusing on in the years to come?

IDM: If you approach research from an advocacy perspective you’re necessarily going to be shutting yourself off from information that could be harder to reconcile with your worldview but really useful and important to know. I see this as an issue for the whole social sector, not just the arts.

We need to be looking not just at the positive but also the negative effects of arts participation. Are there certain kinds of art that actually contribute to societal division? Or health problems, such as in the case of eating disorders in the ballet world? And secondly, we need to look at the way resources are distributed. Are the benefits of the arts equally available to everyone? From all the evidence we have, the answer is clearly no.

This opens up a whole set of lines of inquiry around how we should distribute resources to maximally benefit everyone. I would like to see more research directly address these questions.

PK: Is it your sense that the knowledge base used by practitioners and policymakers has been improving in recent years? If so, what is driving this? If not, why not?

IDM: The knowledge base has absolutely been improving. Not just because there’s more research being done, but the variety is improving and people are starting to tackle more difficult topics. However, in terms of the knowledge base that is actually used by practitioners and policymakers, I don’t think that’s improved much at all. With a few bright exceptions, the basic terminology and understandings haven’t changed in the decade since I first engaged in the conversation.

This is largely because most arts research isn’t read by very many people. So even though there are some great researchers out there, practitioners and policymakers aren’t seeing or grappling with their work.

PK: Let me ask you about the make-up of this knowledge base. What is it that we have actually been learning? The scoping project I recently completed concluded that it might be useful to distinguish between two different and yet commonly elided dimensions of understanding in cultural value: the first is what we know about the effects of cultural engagement (‘facts’ about the outcomes of engagement); the second is the way cultural value is framed – the processes, procedures and exchanges that underpin how cultural value is articulated in the first place (what counts as cultural engagement, what type of evidence is relevant, whose agendas are given priority, etc).

It does seem that, while we are learning about the first dimension, the latter remains neglected. This is problematic because it props up an ‘illusion’ that the cultural value debate can be settled with more and better evidence alone, ideally the right kind of ‘experiment’ or RCT testing.

Do you agree with this characterisation and do you think that there is a dimension to understanding cultural value that cannot be scientific in the sense of building knowledge through aggregation?

IDM: I agree that values are separate from empirical facts. There is an aspect to the debate about whether and how much to subsidise arts participation, which comes from value judgments about what’s most important. But I guess I see the situation as more amenable to resolution and less divorced from the scientific method than you do.

Part of the reason why I like the wellbeing literature is that I think it offers a potential path forward to resolving differences in how people value things. Measuring the correlation between different kinds of amenities and activities and people’s happiness is kind of analogous to aggregating people’s preferences through the democratic process. I don’t think we can expect policy to be developed by algorithm anytime soon, but I do think that a well-functioning representative government takes the wishes of the people as a broad mandate and then uses highly trained experts to figure out the details. I think knowledge aggregation can be useful in both phases of that process, so long as organisational norms and culture support its use.

PK: I agree that this methodology – as adopted by the What Works Centre for Wellbeing – is interesting and useful. However, I would say that the cultural value debate is not just about the allocation of public money. And value decisions are endemic on many levels – the choices of what counts as reliable evidence, what research priorities are chosen, how cultural value is articulated in the first place. Building our knowledge base is not aggregative in the sense of progressing our understanding forward to some state where we have ‘solved’ or ‘fixed’ the value of arts and culture.

IDM: That’s an interesting perspective – the idea that research on value judgments can be scientifically valid and yet not aggregative (if I’m understanding your use of that term). I do believe in value maximisation as the theoretical end state, although in practice that frontier will always be shifting and policy will only ever be able to get in the vicinity of the ideal, not perfectly reach it.

But I still think it’s important to have at least a qualitative or general sense of what the ideal is in order to pursue thoughtful strategies in any arena. In my former job, we used to have an expression ‘directionally correct’ – does this decision or action point us in the right direction, even if it doesn’t get us all the way to where we want to be? In order to make decisions at even that level of clarity, you need to have a clear sense of the end goal.

PK: I think that our perspectives diverge with respect to what we are prepared to take for granted, and hence where our respective inquiries start. You say that you are committed to value maximising and asking how we align our actions best to meet our normative goal. For me, it starts with asking what the right direction is, before we get to think about how to maximise or achieve it. I think this is an important – and neglected – dimension of research into cultural value.

Where our views converge is in thinking that we need new approaches to research. Specifically, you think that we need to depart from advocacy research and move towards genuinely exploratory research, while also working to provide the information necessary to run arts organisations. This maps on to the proposal of the Cultural Value Scoping Project that we need to shift some of the attention away from the obsessive evidencing of the outcomes of cultural engagement (constantly asking whether arts and culture make us healthier, more prosperous, etc) and put more emphasis on understanding the processes of how we come to value cultural engagement (why some questions are asked and not others, why some approaches are chosen and, indeed, who wants to know in the first place).

It would be interesting to see whether shifting the inquiry along these two lines could be a game changer for the cultural sector.