A new report is calling on public bodies to use their powers to support and protect cultural hubs, music venues and nightclubs. 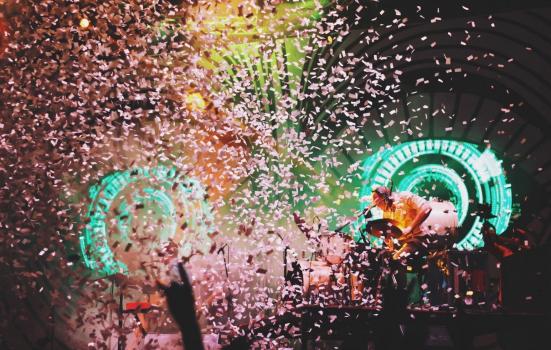 Councils, city authorities and national government could all take positive steps to boost the role of creative businesses in the night-time economy, according to a new report published by the Creative Industries Federation (CIF).

Local authorities with new powers to adjust and retain business rates should, it says, use this opportunity to support cultural, leisure and entertainment services.

The report proposes that they:

It also advocates them using their powers to protect venues from harmful development. It cites the example of Wandsworth Council, which took this route to recognise the importance of night-life and protect more than 100 pubs and venues from being closed.

A more positive attitude to venues staying open later, and cost-savings in night-time policing, could both be achieved, the report says, by adopting models used elsewhere. It cites the example of Amsterdam, where outdoor squares such as Rembrandtplein use festival-style lighting and encourage cafés to stay open later, and the city authority employs stewards – which are cheaper than local policing – to generate a more relaxed atmosphere.

According to the report, city authorities can also exert an influence by encouraging venues to review their licences, taking a more flexible approach to the granting of temporary event notices, and introducing incentives to encourage ‘artist zones’ and ‘creative clusters’.

At the national level, the report welcomes amendments to the National Planning Policy Framework in the recent Housing White Paper in England. It also urges the DCMS to further relax its approach to regulating recorded and live music in grassroots venues, supporting the call by UK Music to extend the licence for live music in England and Wales until midnight.

The publication of the report follows an event co-hosted by the CIF and the Night Time Industries Association, and attended by London’s Night Czar Amy Lamé. She said: “London’s night time economy presents a huge opportunity for investment and growth. Transforming the capital into a truly 24-hour city is my number one priority. To achieve this, it’s vital that we recognise the true diversity of the capital’s night time economy and culture.”

John Kampfner, Chief Executive of the Creative Industries Federation, said: “The loss of pubs and music venues isn’t just a cause of concern for drinkers and live music fans. They are places where the stars of the future can meet other talents, showcase their ideas and build potential audiences. But they are also a crucial part of making the UK an exciting place to live and work and to visit.

“Government at every level should consider the longer-term benefits of having vibrant towns and cities when making short-term decisions on issues, such as licensing and planning consents, which affect the night-time economy.”