Predicition of higher admissions levels for visitor attractions this summer compared with last year, but cost of living emerges as a concern for potential audiences. 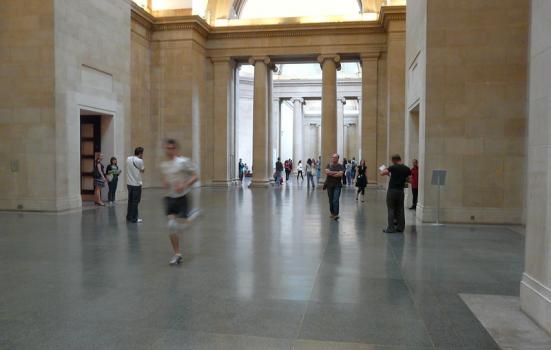 Visitors attractions are facing mixed prospects over the coming months with improved vistor levels compared with last year likely to be offset by the impact of the cost-of-living crisis, a study has found.

Research conducted by the Association of Leading Visitor Attractions (ALVA) found that across all attraction types, more than a third of audiences feel that they will visit more often than they did in summer/autumn 2021.

This is compared with less than 15% who feel that they will "visit less often".

It found that the cost of living crisis - the fall in "real-terms" disposable incomes caused by high inflation since late 2021 - is a factor in the plans of many potential visitors.

ALVA's survey of public sentiment, based on a representative sample of more than 1,000 people, found that 40% of the public feel "worse off" financially than last year.

This large group was found to be much more likely than the rest of the public to say that they will visit attractions less often this year.

Meanwhile, the report found that the return of longer overseas holidays is also likely to limit opportunities for visiting UK attractions this summer and autumn, with domestic short breaks being the trips most likely to be sacrificed.

More than a third (35%) of the public have either taken or definitely intend to take an overseas holiday of five nights or more in 2022 compared with just 18% last year.

The report also found that while a proportion of attraction members will squeeze as much value as possible out of their subscriptions this year, this is likely to be tempered by lower renewal and acquisition rates among those feeling worse off.

"There is a prevailing sense of happiness and relief among the public to return to normality," the report states.

"However, lingering concerns around Covid (relating to avoiding crowds and a feeling that the virus is still circulating) are continuing to hold some audiences back from visiting, particularly those aged 55 or over.

"The rising cost of living has [also] emerged as a significant barrier to visiting attractions this summer/autumn."

The sentiment tracker, put together for ALVA by Decision House, was run regularly throughout the pandemic and is now being run on a demand-led basis.

"This wave was set up in response to attractions really wanting to understand what the summer outlook was this year because clearly for many it's a crucial period," Steve Mills Director of Decision House, said.

"The sector seems set for certainly an improved domestic visitor admissions in 2022 compared with 2021. However there is a notable section that feel they will visit less often than last year."