Staff restructuring proposals that threaten the museum department have been condemned as a "devastatingly bad idea". 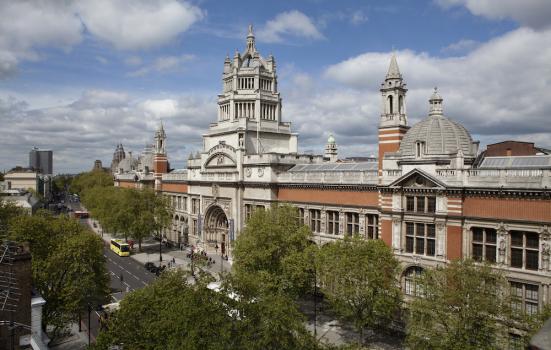 A proposal to scrap the dedicated Theatre and Performance department at the Victorian and Albert Museum (V&A) is a “devastatingly bad idea and a retrograde step”, archivists say.

Alan Jones, President of the International Association of Libraries, Museums, Archives and Documentation Centres of the Performing Arts (SIBMAS), said expertise will be lost without the "coherence of its dedicated team" and the museum's extensive theatre and performing arts archive “is at risk of becoming a dead collection”.

SIBMAS has launched a petition against the proposals, which has so far attracted nearly 17,000 signatures.

The museum plans to bring its archives and National Art Library into one directorate under the V&A Research Institute.

New cross-disciplinary teams will work across three time periods for objects from Europe and the Americas that cover medieval to the contemporary.

The V&A is currently in consultation with its curatorial teams as part of plans to make up an annual deficit of £10m, which it blames on the financial impact of Covid-19. Major job losses are expected.

The consultation is due to be completed by the end of March. However, due to extension of the Coronavirus Job Retention Scheme, all 30 staff across its National Art Library and Theatre and Performance archive will now be furlouged until the end of September, delaying any redundancies.

In a statement, the V&A stressed that any proposed changes “relate to the structure of the V&A’s dedicated curatorial teams” and that there is no threat to the collection itself.

Jones remains sceptical. While acknowledging that, under the terms of the 1983 Heritage Act, the museum cannot dispose of collection items, he believes public access to the archive will ultimately be threatened if specialists are lost.

“The gem of archives and libraries are often the people working there."

Jones said the messages from the museum “are extremely confusing”.

“They are still in their internal consultation period, but not being able to engage and have an open and transparent discussion about the future of the collection and the small team managing, it is frustrating and worrying.

“We have called for consultation with stakeholders but so far this has not happened.”

Curatorial staff at the theatre and performance department are responsible for the National Collection of Theatre & Performance, which moved to Blythe House, Olympia, when the V&A closed its Theatre Museum in 2007.

The entire collection is moving to a purpose-built centre at the new V&A East outpost, expected to open in 2023.

The collection was founded in the 1920s with a private donation from Gabrielle Enthoven. It now holds 600 archives containing more than 80,000 objects, 100,000 library items and 400 recordings, including material from the Arts Counil of Great Britain and its successor, Arts Council England.

A wide range of UK theatre and performance companies, venues and individuals are represented in the collection, such as Akram Khan Dance Company, the English Stage Company (Royal Court Theatre), and works by Kenneth MacMillan, the Royal Ballet's Principal Choreographer from 1977 to his death in 1992.

His widow, Deborah MacMillan, said she was concerned specialist department's demise would make revivals of her husband's work and works by others much more difficult.

“There was consternation when the Theatre Museum closed and the Theatre and Performance department was removed to the V&A itself. But there were still people employed who knew their subject, had the expertise and knowledge of live performance and were always willing to help," she said.

“I cannot imagine how this ‘heritage work’ can continue to be produced to such high standards if generalists are dealing with similar requests.”

Concerns over the V&A's plans have also been expressed by The Society for Theatre Research.

It said the restructuring proposals are a “major threat to the UK’s standing as a centre for research into and dissemination of knowledge about the performing arts”.

As well as dedicated curators and technical conservation skills, the Theatre and Performance collection also needs archivists, librarians, and collections specialists who understand the practice and business of theatre, the society commented.

Losing this expertise “runs the risk of setting back the study and appreciation of the extraordinarily rich performing arts heritage of this country”, will negatively impact the recording of contemporary theatre, and may deter potential future donors.