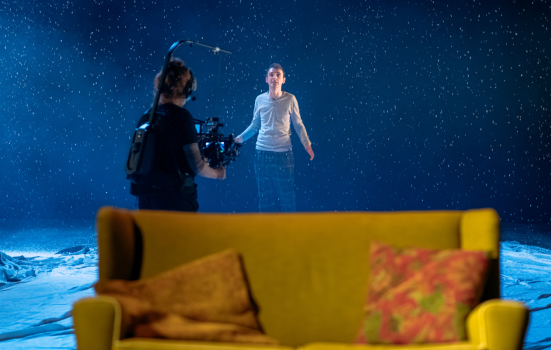 Most theatres are unlikely to offer digital pantomimes this Christmas, despite research indicating they were received well last year.

A report from cultural consultants Indigo into nine online Christmas productions found audiences gave the shows an average rating of 4.5 stars, with the majority likely to recommend to a friend.

Audiences praised the shows’ affordability and flexibility, the clearer viewing experience and greater convenience for those with access needs.

Just under a third said they would buy another online Christmas show even if in-person performances go ahead, with 55% saying they would if they couldn’t attend in person.

Despite the positive feedback, most theatres involved in Indigo’s research are not planning to offer digital pantos this year.

Only one – Nottingham Playhouse – is currently advertising tickets for an online viewing of their pantomime this December.

Marketing and Communications Director Joanna Sigsworth said the theatre started online performances to community groups in 2017 as part of a long-term digital strategy, which rolled out to the general public during lockdown last year.

“From an audience development perspective, it’s a really important way of reaching out to people who, for a variety of reasons, are unable to come in person,” she said.

Belgrade Theatre and The Brunton told ArtsProfessional they are yet to decide whether they’ll offer their pantos online, whilst King’s Head Theatre and The Woodville have decided against it, the latter making all in-person performances socially distanced instead.

Staffordshire's Lichfield Garrick theatre considered a “hybrid” online pantomime but opted against it following concerns it “devalues the in-person experience”.

The Royal Lyceum Theatre Edinburgh is recording all shows during its winter season and plans to make a recording of its Christmas show available to those who cannot attend in person, which may include larger school groups.

But the theatre’s focus is on returning audiences to live performances, as it looks to strike a balance between selling tickets and retaining online audiences, according to Director of Communications Ben Jeffries.

“Digital has been great, and we’ve got to bring a lot of that with us, but it’s about how we can lay it on top of doing live shows, because it’s a lot [when] you’re running a live company and a digital company.”

He said last year’s digital shows were geared towards a “festive duty” to theatre as part of audiences’ Christmas tradition.

“Theatre is aware that there has been a moment that we need to move with and make the most of, but at the same we don’t want to lose the good parts [of live shows].”

This could mean filming different camera angles and scripting in engagement for remote audiences.

Nottingham Playhouse plan to do more recording this year, after receiving positive feedback from bonus content it made available alongside last year’s panto.

Sigsworth said the extra content helped take digital performances “to another level” and confirmed the theatre will include it again this Christmas.