A lack of infrastructure and interaction with audiences are pressing issues for artists streaming live - but monetisation remains the most major concern. 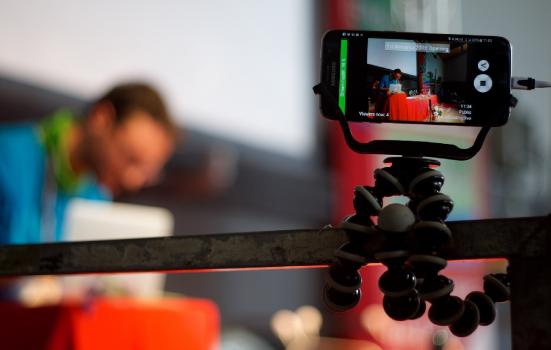 Research indicates up to half of performers have started streaming online - but facilities are less than ideal
Photo:

A study by Essex University Professors Melissa Tyler and Philip Hancock found about half of South East England performers surveyed had adapted to working online during lockdown - and nearly all were satisfied with the results.

64% said they planned to continue delivering at least some of their work digitally once social distancing restrictions end, even though two-thirds relied heavily on income support schemes and half had to consider other paid work to make ends meet.

"People seem to be continuing with this and yet they [streams] aren't financially viable," Tyler said.

Hancock added: "It was surprising to some degree how many people wanted to stay online but when you think about it, it's quite understandable.

"They have invested quite a lot of time in getting good at this stuff and they have enjoyed the experimentation."

Their findings coalesce with those of Economic and Social Research Council (ESRC) project Livestreaming Music, which says 71% of musicians believe the practice is here to stay.

It found that while audiences were willing to pay for good quality streams, "musicians are dissatisfied with [the] income" they generate.

For 83% of performers, that lack of income was a barrier to livestreaming more, and 56% were not convinced earnings from livestreams would provide a viable additional source of income long term.

On Wednesday (June 9), entertainment company PUSH Live released the results of a survey in which three in 10 respondents said they would pay to livestream a performance by their favourite band or artist.

"The industry has made the first tentative steps into live streaming this year, but by embracing the medium fully, alongside in-person events, the benefit will be enormous and is likely only to grow," Founder Phil Tucker said.

Noisy houses, unreliable internet connections and poor technical skills are among the biggest barriers for artists looking to livestream.

As one interviewee noted: "I am not a sound engineer specialist, I am a soprano."

But the primary challenge for online performers was "a sense of isolation and the loss of meaningful interaction with an audience," the Essex University study says.

82% of participants felt performing online had negatively affected their relationship with their audience; in the Livestreaming Music report, 71% of performers said this was an issue.

Additionally, the ESRC found 95% of livestream viewers said connection with the performer was important to them.

"As with any ‘product’, musicians need to have a market for their activities," the report said, advising musicians new to livestreaming to perform at least weekly.

It noted that livestreaming is often seen as "inferior" to traditional live events and attendees value different aspects of the format, such as the variety, ease of access, and avoiding the inconvenience of travel and childcare.

"Musicians wanting to monetise their livestreamed performances would do well to develop an awareness for what these values are and why they matter to their audience."

Freelancers, the group worst affected financially by the pandemic, constitute up to 80% of some performance industries.

Researchers said they will need support to continue developing their livestreaming practice.

"They want to keep developing their skills online in case there's another pandemic," Tyler says.

"It's not necessarily about additional investment; it's about reorienation of investment."

"A call for a review is always easy to do but I think if there's any serious desire to make sure the sector remains critical to the country and economy, someone has to grasp the nettle," Hancock commented.

Tyler said there should be further research into "what's needed from a performer's point of view to make the digital innovations people have been doing and the skills they have been acquiring sustainable".

She and Hancock are seeking funding for this, and plan to interview 50 more performers across the sector.