Tate has faced an Information Tribunal to defend its right to keep details of its financial relationship with the oil company a secret. 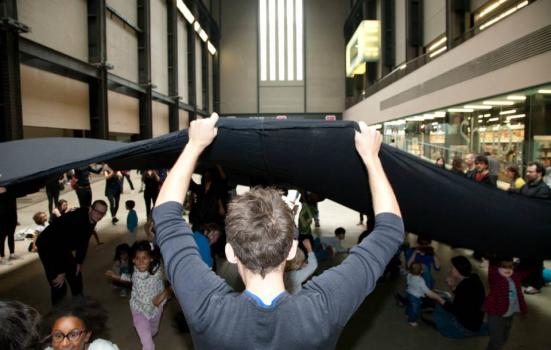 Representatives of the Tate galleries appeared before an Information Tribunal yesterday to defend their right to withhold details of the galleries’ financial relationship with oil company sponsor BP. Richard Aydon, Tate’s Head of Legal, admitted that Tate fears that “protests might intensify” if the raw facts of the sponsorship were to be revealed.

The tribunal followed a ruling in March that the gallery was breaking information law by not revealing details of internal discussions around the decision to renew BP sponsorship, including the amount of money that the gallery has received. The ruling was in response to a Freedom of Information request made by Request Initiative and art-activist campaign group Platform. The gallery appealed against the ruling, and is claiming exemption under various clauses of the Freedom of Information Act 2000, including sections that relate to information that is likely to be prejudicial to a company’s commercial interests, and information that could endanger physical or mental health.

Platform is reporting that the tribunal questioned the use of Tate Chair of Trustees John Browne as the “qualified person” used to authorise a particular exemption. Browne used to be the Chief Executive Officer at BP. Aydon was questioned as to whether or not there was a conflict of interest in using Browne to authorise such a decision. He admitted that they had discussed the possibility of this being a problem, but that Browne had assured them he could act in that capacity.

Rosa Curling, a lawyer from solicitors Leigh Day representing Request Initiative, said: “It is clearly in the public interest that Tate discloses the amount of money it has received from BP. The fact BP has not consented to this information being revealed should not discourage Tate from doing the right thing. They should not be held hostage by their corporate sponsors in this way. Tate has a very clear ethical policy which requires them to take decisions openly and transparently. Despite this the Tate has refused to confirm how much money it has received from BP and has refused to allow the reasoning for its decision to continue its relationship with BP to be made public.”

In the afternoon the closed session with Tate’s lawyers, the Information Commissioner’s lawyers and the tribunal members overran, meaning the lawyers’ closing summaries could not be delivered. These will be submitted in written form, and the tribunal will make a written ruling following that. Platform told AP the ruling could take three months to be delivered.

This article was corrected on Friday 19th September. We originally reported that John Browne still has shares in BP but have since been informed that, whilst this was the case until 2011, it is no longer so.