A three-year programme for high-profile, higher-polluting arts organisations aims to reduce their carbon emissions by up to 20%. 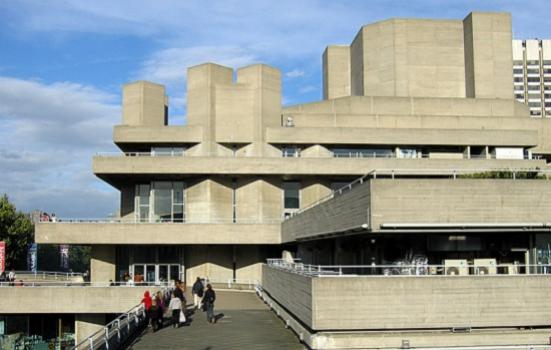 Big buildings like the National Theatre, pictured, are the largest driver of some NPOs' high energy use

Thirty of Arts Council England’s (ACE) National Portfolio Organisations (NPOs) have opted into a new programme to ensure they are “resilient and prepared for necessary changes in the energy system”.

Baseline carbon emissions measurements are now being produced at major institutions including the National Theatre, Royal Opera House and Serpentine Galleries with an eye to creating “ambitious but achievable” targets and more sustainable infrastructures by 2023.

The scheme is being operated by environmental charity Julie’s Bicycle, which will provide training and help organisations shift to renewable energy sources.

National Portfolio Organisations (NPOs) have been required by ACE to monitor their environmental impact since 2012. But participants in Spotlight will go beyond this by setting individual carbon reduction targets and undertaking interventions to tackle practices impeding their energy efficiency.

ACE’s Environmental Programme Lead Claire Buckley said mandatory monitoring alone has achieved an average 5% drop in annual energy use at NPOs and saved £16.5m. Buckley said the scheme was aiming to reduce emissions collectively by between 10% and 20%.

“We know 5 per cent is possible over a few years – and we know we need to do more,” said Buckley.

Data collected by ACE shows a “small proportion” of its NPOs produce more than half of its entire portfolio’s emissions.

Buckley says Spotlight is focussed on “big energy users” – generally organisations with large buildings which need more sensitive data about when and why they are consuming the most.

Energy measurements are typically taken monthly or annually. But using an online tool provided by Julie’s Bicycle, organisations with the right meters will be able track their usage down to the half hour, allowing them to analyse the impact of different productions, opening hours, or visitor numbers.

“We’re really going beyond that annual number,” said Buckley. “The Spotlight programme has come in really to push and to support reductions – quantifiable reductions – from the buildings of the big energy users.”

NPOs in the programme will have their progress compared but do not risk any penalty if they fail to meet their targets.

The opportunity to take part in Spotlight was extended to 40 of ACE’s 65 Band 3 NPOs, but ten decided against becoming involved.

Opera North, one of the scheme’s participants, has committed to achieving carbon neutrality by 2050.

General Manager Richard Ashton said the organisation began paying more attention to its carbon footprint once ACE “started to ask us, quite rightly, some questions that we needed to answer for ourselves”.

He added it has since experienced a “groundswell” in environmental consciousness: Opera North now has on-site food composting, new water saving devices, and an internal ‘green team. Ashton said the venue recently recycled an entire set for a new show, including every screw and piece of canvas.

Opera North will launch an internal carbon literacy programme for 250 staff – half of its workforce – in April, and is undertaking research to commission a new sustainability-themed production.

“Maybe more importantly, it will give us the intelligence on where we need to challenge ourselves.”

He added that the organisation is happy to share the knowledge it gains with the NPOs that aren’t taking part, saying “every organisation is at a different level of realisation that this is helpful; it’s really kind of inspirational.”