Many BAME young people interviewed felt that “drama and acting was more for white people and that music was more for Black people”. 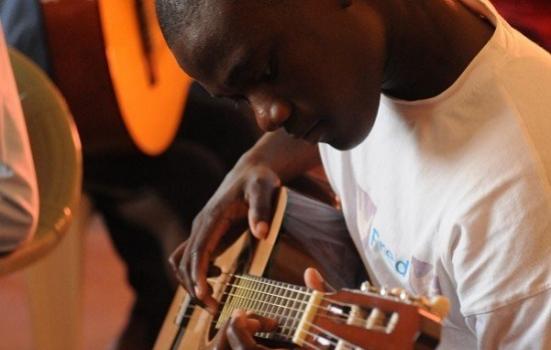 The Government should institute a grants scheme for young creatives without degrees to support diversity in the creative industries workforce, a new study argues.

The report by the Partnership for Young London, a collective of more than 400 organisations, and London venue the Roundhouse recommends that “there should be access to the same system of student loans, and maintenance grants, for apprenticeships or those starting their own business without going through university. This would enable young people to develop their business with financial backing from the Government.”

The organisations are also calling for the sector to end unpaid internships and stop requiring degrees for many entry level roles.

The report is based on focus groups and in-depth interviews with young people between 15 and 24, as well as interviews with creative industries organisations. It says there is an “over-representation” of graduates in the arts sector, with employers “requiring degrees for entry-level roles where a degree isn’t necessary”.

This is closing off opportunities for young people who can’t afford or don’t want to go to university, it argues. Some participants felt they needed a degree to compete within their chosen industries, and many had been discouraged from pursuing a creative career by teachers or parents who thought university was a safer bet.

It concludes that “young people need to be better supported to work and learn in the creative industries – particularly those not entering from Higher Education”.

The research also found confusion in the sector about the purpose and value of apprenticeship schemes: they are often viewed by organisations as a good way of promoting diversity, but not a means of recruitment.

The report says apprenticeships are associated more with other sectors like construction, and that many small and medium-sized creative enterprises find the administrative burden time-consuming: “Multiple employers told us clearly from a HR perspective alone they would likely not take part in apprenticeships and had only done so due to the availability of funding for apprenticeship programmes.”

It can also be difficult to sustain links with education providers: “Relationships were held by individuals rather than organisations, which led to a breakdown if someone left post,” the document says.

And rather than providing a non-graduate route into the industry, apprenticeships often receive applications from candidates with degrees who want to “get a foot on the ladder”, in the words of one interviewee.

The authors identify particular barriers facing Black, Asian and minority ethnic (BAME) young people, who can feel pressure to conform or adapt to overcome potential racism, and struggle to find role models: “Many spoke about the anxiety and fear of being the only minority in the workplace.”

For many, code-switching – changing slang or pronunciation to fit in with a different ethnic group – became the “default action” in workplaces where they were a minority.

One person said: “My sister works in publishing and in her office there’s only her and another black girl, and she’s a writer so she meets a lot of authors and publishers and they’re all white. You have to be … my sister is very white friendly. She knows how to go into a room and get along and knows the correct things to say.”

Participants also felt that prejudices limit BAME young people to certain roles. They are often expected to be performers and do not receive an “academic steer” towards behind-the-scenes jobs such as writing, says the report. Many in this group “felt that drama and acting was more for white people and that music was more for Black people”, it adds.

The lack of BAME diversity within the sector prevented young people from seeing their own potential to work in the sector, especially in leadership positions, which are accurately perceived as being dominated by white men. “The unanimity on this perception of the creative industries leadership is likely very damaging to the ambitions of those young people we spoke to,” the report said.

Roundhouse Chief Executive Marcus Davey said that the evidence that BAME young people are “censoring themselves to get ahead in their careers” was one of the report’s most worrying findings.

He said the research shows the creative sector is “failing young people”.

“We run the risk of alienating the brilliant, diverse talent from our organisation if we don’t make drastic changes to make recruitment and environments more inclusive,” added Davey. “We see many young people persevere, learn creative skills and hone their craft and go on to build brilliant careers in the industry. But those are individual stories and we need a bigger, nationwide change, so that this is a realistic outcome for many young people.”

Partnership for Young London Director Sharon Long said that young people’s expectations that they would struggle to succeed made for “grim reading”.

“The creative industries are one of the UK’s fastest growing sectors and we need a new creative careers advice and guidance strategy that reflects that.”