Detailed information on the demographics of the creative workforce has been released for the first time in seven years. 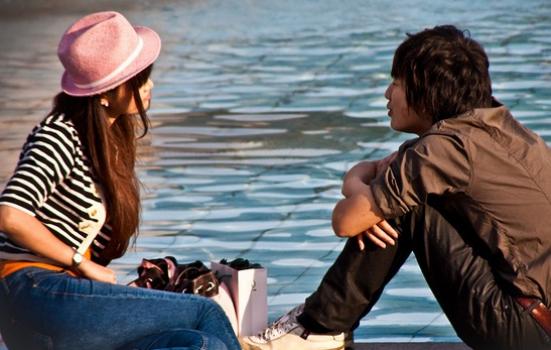 garryknight on Visualhunt.com / CC BY

Just 2% of the cultural sector is made up of people aged 16-19, despite these making up 3.2% of the working population – a representation gap of over a third.

Charity Creative and Cultural Skills (CC Skills) says that although this proportion has doubled since 2012, the gap means that “thousands” of young people are missing out on jobs in the sector.

“Young people, from all backgrounds and regardless of prior educational achievement, must be given options and opportunities to develop the skills they and we need for jobs in the sector,” said Sara Whybrew, CC Skills Programme Director, in a speech presenting the data this week.

“Sadly, none of us can control the ageing process, however much we would like to - but we can graciously pass on the skills and knowledge we have gained and commit to supporting talent in all its forms to ensure our sector remains a world leading one.”

This is the first time CC Skills has updated its analysis of the characteristics of the UK’s cultural workforce in seven years.

A spokesperson for the charity said the data goes further than standard creative industries figures by providing detailed information on creative sub sectors – including craft, performing arts, music, and literature – by region and nation, and about the size and location of creative businesses.

The research finds that just under 1.2m people work across England, Scotland and Wales in 136,000 creative and cultural businesses. The vast majority are based in England, in organisations with fewer than five members of staff.

It also reveals that over half (56%) of the UK’s cultural workforce is educated to degree level or equivalent, increasing to 68% for those in creative occupations – compared to just 34% of the overall workforce.

“Maybe we need to be asking ourselves why we, proportionally, have so many graduates, whether it is necessary to recruit such a high proportion of individuals with these prior qualifications, and if this might be influencing the diversity of our workforce,” added Whybrew.

The research also reveals that:

Whybrew said that as the average Gross Value Added (GVA) contribution for a cultural business is £13k per year, the number of creative businesses must grow in under-represented areas for the cultural sector to be recognised as an important economic contributor everywhere. This is particularly pertinent in the North East, which is home to 1.6% of creative businesses -- compared to the 37% in London.

In addition, she noted that the cultural sector has a propensity to seek and create creative roles, or hire people from creative backgrounds, while research shows that business and administrative skills are needed to operate effectively. “Perhaps this raises questions about how and where we focus our efforts when it comes to supporting the sector’s resilience and future sustainability,” she added.

Simon Dancey, CC Skills Chief Executive, issued a challenge to the sector to use the data to become more reflective of the UK workforce. “We can only change the sector we work in through partnership working and collective action,” he said. “I think we should be bold and radical and use research as the legitimiser of what we’re doing.”