The words ‘great’ and ‘art’ should be taken out of Arts Council England’s strategic framework, a Select Committee has been told. 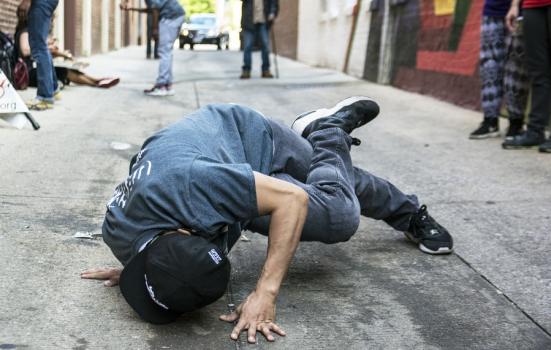 The arts funding system favours organisations and places where investment has historically been directed and culture that attracts a mostly educated, white and middle class audience, academics have warned.

Speaking to the Culture, Media and Sport Select Committee’s ‘Countries of Culture’ Inquiry last week, Dr Lisanne Gibson of the University of Leicester criticised the recent White Paper on Culture, saying: “It is another piece of cultural policy that is based on funding what is already funded, rather than funding what it is that the majority of people might like to do in terms of their culture and leisure.”

Dr Gibson’s research partner, Dr Abigail Gilmore of the University of Manchester, added: “There is roughly 8% of the population who are the most engaged in terms of the kinds of things that are funded by public money, who are the most educated, the whitest, the most middle class and so on.”

Describing her research into cultural participation, Dr Gibson said many people were engaging in an “incredibly rich cultural life”, but their activities were not being counted by government surveys such as Taking Part or Active People.

“People who are not going to museums or the opera are not just sitting watching TV, they are doing enormous amounts of stuff,” she said. “That is what some of our research is picking up, the real ‘locatedness’ of what people do in the everyday and what is culture in the everyday.

“Therefore your structures of cultural administration and management must be rooted in the local,” she warned.

Dr Gilmore added: “One way of fixing or changing the policy model would be to take the words ‘great’ and ‘art’, for example, out of the Arts Council’s national strategic framework and let people decide themselves what is culture and what is participation.”

She continued: “It is about finding ways that are supporting a more equal voice for people who may benefit from public investment in some ways to help to co-produce, co-design or at least have some input into what they value as being culturally valuable.”

The Inquiry is taking forward some issues that arose from a previous Inquiry, after which the Committee concluded that a “clear funding imbalance in favour of London must be rectified.”

Dr Gilmore described how some areas of the country get neglected by funders: “Local authorities who invest will be providing matches for national development agencies to invest, so you get pockets of areas where places are forgotten or there is not the competence, and there is also no confidence from local populations in going and being part of it.”

She warned about the dangers of local authorities no longer seeing themselves as responsible for cultural strategies, citing Manchester, where much responsibility has been handed over to partners in the cultural sector. She said this could lead to some organisations benefitting over others. “We need some intervention to make sure that the conversations between culture and health and other sorts of social agendas happen in a kind of equitable way,” she added.

Other expert witnesses to give evidence to the Committee included the Chair and Chief Executive of Arts Council England (ACE), Sir Peter Bazalgette and Darren Henley, who were called this week.

When the Committee asked them how ACE makes sure its grants are directed to “activities in the local community, by the local community,” Henley pointed to the Creative People and Places programme. He described its work as “taking bottom-up arts and culture into places of low engagement and really changing them”.

Both Henley and Bazalgette highlighted local authority cuts to art and culture as a major concern. Bazalgette said that funding has been cut by 17% since 2010, but he was unclear about the extent of cuts still to come.

Referencing a recent speech in which Bazalgette told local authorities “If you are in we are in,” Paul Farrelly MP asked the ACE Chair whether that meant “If you are out we are out”. Bazalgette responded: “In some circumstances, I expect in the next three to four years the Arts Council will have to withdraw funding, because it would not be a proper place to put public money in an institution that might be failing because its other sources of revenue have been cut.”

He described the situation as “a very difficult balancing act”, but pointed out that there are other things ACE can do, such as funding touring work to an area or supporting the digital distribution of arts content.

Bazalgette and Henley were more optimistic about the potential of universities to step in as “cultural investors and custodians”. “We see them as very important partners,” Henley said.

“We think it has enormous potential and, as vice chancellors more and more define their role as place makers rather than merely scholastic, we think it is going to grow,” he said.