Black, Asian and ethnic minority representation in music industry at a record high

UK Music launches a plan to keep up the momentum, as research shows the gains are concentrated in entry level positions rather than middle or senior management. 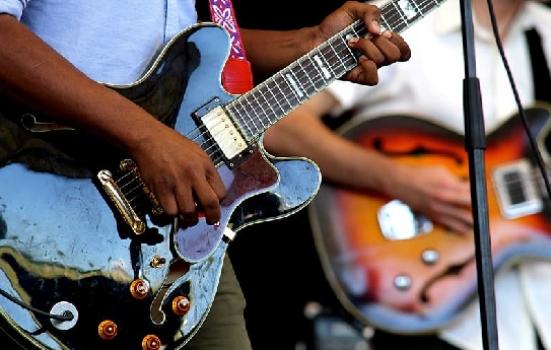 Numbers of Black, Asian and ethnic minority workers entering the music industry have boomed since 2016, according to the latest research.

UK Music’s 2020 Workforce Diversity Survey found a significant increase in diverse representation in entry level positions – from 23% in 2018 to new high of 35%. Additionally, half of respondents were women, up from 45% in 2016.

But people from Black, Asian and ethnic minority communities are still underrepresented in middle and senior management roles.

The survey, conducted in June and July this year, suggests the shift in the industry’s demographics was not initially affected by Covid-19. However, with full time furlough ending this week, the pandemic's impact on Black, Asian and ethnic minority workers may not yet be apparent.

UK Music Chief Executive Jamie Njoku-Goodwin said the “frank and candid” report was an important step towards helping the music industry, as well as other public and private actors, at the centre of combating racism.

The association has launched a ten-point plan for increasing diversity in the music industry to boost the momentum for change seen in recent years.

The ten-point plan has been developed over the past nine months to both support the music industry and hold it accountable, according to UK Music’s Diversity Taskforce Chair Ammo Talwar.

In an article for ArtsProfessional, Talwar explains that “data alone is not enough” and that there must be a respectful, collaborative, long-term plan to put that evidence to work.

“It’s not just 'more brown faces in the board rooms'; it’s more diversity of thought and practice, with sustainable ways to move progress forward with pace.”

The tenets of the plan for UK Music members are:

Talwar, who is responsible for putting this plan into action, described it:

“No tokenistic statements, no short-term wins but a truly collaborative long term plan that reboots the sector and ensures diversity is front and centre of all major decisions.”

The research took place among 3,670 people working in music. Based on this, UK Music believes almost a third (31%) of 16 to 24-year-olds in the industry now are Black, Asian or another ethnic minority – up from just over a quarter (26%) four years ago.

But the figures are not uniform across all age groups and levels of seniority. Representation fell as the age of survey respondents increased, and although the number of people from these communities in entry-level roles grew from 23% two years ago to 35% now, they fill just one in five posts at the senior executive level.

The survey report says: “This may highlight that while employers are investing in schemes to diversify entry level recruitment, more can be done to retain diverse employees, such as developing inclusive workplace cultures and mentoring for those from Black, Asian and ethnic minority backgrounds.”

“I am still wary of ‘knee jerk’ reactions and want to task industry gatekeepers to look towards making long lasting systemic changes.

“Let us resolve to never turn back.”