Arts organisations should understand the make-up of their young participants as well as they understand their adult audiences, a report has concluded. 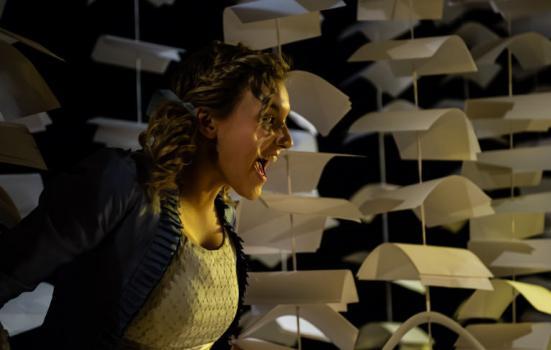 Arts Council England (ACE) must “radically improve” the collection, analysis and use of diversity data relating to arts and culture by, with and for young people, a wide-ranging research study has concluded.

It recommends a “straightforward system” for collecting data be developed, one which addresses varying and overlapping requirements set by different funders, and suggests monitoring and reporting diversity data be made an “actual requirement of funding”.

It suggests rolling this system out in April 2018, which would coincide with ACE’s next round of National Portfolio funding.

“There is a need to make organisations feel that diversity monitoring is worth the investment of time and resources, so that organisations know the make-up of their young participants and audience (as most increasingly do their adult audience),” the research says.

The EW Group report, Every child: equality and diversity in arts and culture with, by and for children and young people, focuses on ‘Goal 5’ of ACE’s ten-year strategic framework ‘Great art and culture for everyone’, which states that every child and young person should have the opportunity to “experience the richness of the arts, museums and libraries”.

By reviewing the current data available, including DCMS Taking Part data, the research aimed to identify disparities in arts engagement amongst children and young people with protected characteristics, and to help ACE develop an Equality Action Plan based on its findings.

The report raises concern about a lack of reliable data that can be used to assess young people’s engagement in the arts. It warns that studies often consider children and young people as a homogenous group, rather than assessing the diversity characteristics of individuals.

It found a lack of evidence about trends in certain artforms and specialist areas, and no consistent methodology across ACE-supported activity for collecting information that would create that evidence.

Responding to the report, ACE Chief Operating Officer Richard Russell said: “We might not be asking the right questions in order to measure how children and young people with protected characteristics engage with, or are served by our programmes.”

Despite the lack of a strong evidence base, the researchers did reach some conclusions about the diversity of young people engaging with the arts. They noted a drop off in arts engagement as children approach their teenage years. The data also suggests girls are more engaged with the arts than boys, and young people from Black and minority ethnic (BME) backgrounds are less likely to be taken to arts events by their parents.

The researchers also examined the statistics behind various ACE funding programmes and found some artforms receive more than others to work with children and young people. Through Grants for the Arts, 16% of funding for visual arts activities was spent on work targeting younger audiences, compared with 51% of funding for literature.

The research suggests a new framework be developed to help arts organisations collect information on the age, disability status, gender, race, religion or belief, and socio-economic status of the young people they engage with.

The report also calls on ACE to provide strategic leadership to raise the profile of the role of equality and ensure its programmes work strategically to increase diversity in the cultural offer for children and young people.

It recommends a programme of activity and action research be developed specifically on disability, gender, digital media and entry into the cultural workforce.