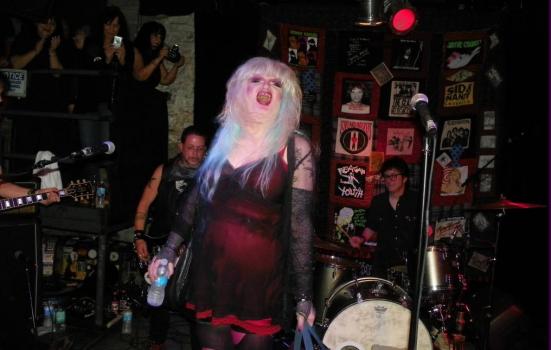 Ideas, experimentation, and the world of the imagination have always interested me. I have worked in the arts for 34 years, supporting creative work that asked audiences to question their assumptions. Clashing viewpoints and traditions can lead to fresh thinking and new understanding.

Over time, my politics have moved from Marxist, socialist thought to a more individual-centred concept of freedom. But I have always prodded the status quo. Freedom of speech and expression and the ability to debate ideas are core values for me. I always thought they would be cherished in every liberal-minded cultural institution too – but this has not been the case.

Public arts institutions have been cowardly, treating critical voices as lepers or pariahs to be silenced

There are taboo subjects in public debate. For me, these have been my defence of Israel and disagreement with Boycott, Divestment and Sanctions (BDS) activists; my critical attitude towards environmentalist art and culture; my public support for Brexit; and more recently my views on gender politics.

Above all, it is making jokes about these that have got me into hot water. This caused tensions between me and my former employer. And over the last 15 months as a freelance arts consultant and artist mentor it has also led me to be ‘cancelled’, resulting in loss of work.

On one occasion I found myself hauled into a room by my former boss for going to Israel in my holiday time to speak at a roundtable debate against cultural boycotts.

I informed my boss that I would attend as an unpaid, voluntary steering group member of the civil liberties group, The Manifesto Club. I don’t believe my public identity should be solely based on my work identity. However, a boycott campaigning group reported my participation on its blog. They also informed my employer, who saw me as a public embarrassment. I was forced to account for taking part and expressing “stridently anti-boycott views”. I felt like a naughty schoolboy being given a dressing down by the headteacher.

After the 2016 Brexit referendum, relationships between my employer and I worsened. Both my work and an organisation where I was a non-executive director were contacted by someone who saw I had ‘liked’ a Facebook friend’s post: a bad taste visual joke on a thread I had started about Nicola Sturgeon’s anti-Brexit position. Clicking the ‘like’ button led to an angry exchange between artists expressing shock that I had endorsed a “sick” image.

I irreverently said the post was a form of artistic or poetic license. Yes, I found it funny – it’s my personal Facebook page and occasionally I am vulgar, crude and a little rude. This time the discussions with my employer were more serious, as a written complaint was made. Since I was expressing myself in a personal capacity, not attacking the company I worked for, I did not face any formal disciplinary action. But I was again given a dressing down, and a warning that the organisation would draft a social media policy to stop me causing “damage to company reputation”.

Since going freelance in October 2018, I have been criticised by trans activists for another personal Facebook post. I made a vulgar yet, in my view, comical response to news reports that a lecturer and trans activist was behind a concerted smear campaign against gender-critical academics. Someone screen-grabbed the comment and circulated it on Twitter. ‘So what?’ I thought. ‘They are also entitled to their free speech, and I am free to argue back’ – which I did.

Things took a turn for the worse when an anonymous Twitter group called ‘TERFS out of art’ began to hunt down gender-critical individuals – including me – and inform their clients, hosts, employers and contractors about them. Following this, I was dropped by the New Art Exchange gallery as a judge for an open exhibition, dropped as a mentor by University of the Arts, Bloomberg New Contemporaries and Artquest, dropped as a talk facilitator by Brighton Lighthouse – all because of one comment made on my personal page.

The author Vladimir Nabokov remarked once that “nothing is more exhilarating than philistine vulgarity”, the late comedian Lenny Bruce wrote a book called ‘How To Talk Dirty and Influence People’ and punk transsexual icon Jayne County was banned from Facebook in 2014 for making derogatory “transphobic” comments on Facebook. These people are my s/heroes and I took inspiration from them.

But instances of cowardly anonymous reporting of people for saying things in a personal capacity or on social media that are deemed ‘phobic’ has increased to worrying levels since Jayne County’s social media ban. Other artists, writers and cultural critics have also come under attack from a growing generation of online activists. They include Nina Edge, Nina Power, Rachel Ara, DC Miller, The #Womensart twitter account, The Doctor Who writer Gareth Roberts and former Queer Up North Director Jonathan Best (who wrote about this issue for Arts Professional in 2018).

Many of those targeted rely on freelance or contractual work. Individuals with few employment rights are being hit hardest – not through the quality of their work but for holding views that go against the dominant cultural politics.

The irony is that what are dissident voices in the arts often chime with large numbers of citizens. The Conservatives decisively won the 2019 election with a pledge to get Brexit done. The UK’s public consultation on whether to make gender self-identification legal has not yet been resolved. These are major issues that are fiercely debated across the country, yet arts institutions feel embarrassed to be associated with Brexiteers and gender critical voices.

To counteract censorious tactics, networks where free-speech, freedom of association and free-thinking are positively encouraged are popping up everywhere. After the referendum I helped co-found Artists for Brexit and more recently Brexit Creatives (yes, I defected – even Brexiteers have their differences).

Salons and social meet ups in pubs and cafes offer intellectual and moral support. We are creating our own spaces for cultural and artistic expression. In contrast, public arts institutions have been cowardly, treating critical voices as lepers or pariahs to be silenced and rendered invisible, as if we are a dangerous viral infection. Neither I nor any of those named above have posed a threat to staff, students, fellow artists or visitors. Yet we are perceived to be a danger.

Brighton Lighthouse emailed me stating that because my Twitter post had been derogatory and in contradiction of its values and policies, I could not chair a public conversation for them. UAL said my comments “may be perceived as offensive, derogatory and humiliating”. I was advised “to seek out a way that could ameliorate the situation, possibly by affording an apology to those affected by your remarks.”

After much thought I decided not to apologise for a comment I made in response to what I believe is a witch-hunt against gender-critical feminists. The arts and universities should be spaces where free and open debate should be allowed. Organisations should not act against people who make these expressions in a personal capacity – whether online or in print.

They should uphold the liberal democratic values of free speech and expression for all, even speech and expressions that are disagreeable. Only allowing free speech that you agree with can lead to a dangerous path of suppression and expulsion for everyone. A teenage girl in the US was recently expelled from a faith school for posting a photograph of herself, on her Facebook page, wearing a rainbow sweatshirt next to her rainbow decorated birthday cake. Was she in the wrong?

Manick Govinda is an independent arts consultant, artists mentor, curator, project manager and writer. He co-founded Brexit Creatives. His writing can be found on Authory.