Arts venues programming an act that could attract the attention of trans activists should be aware of the issues involved and the potential for conflict, advises Jonathan Best. 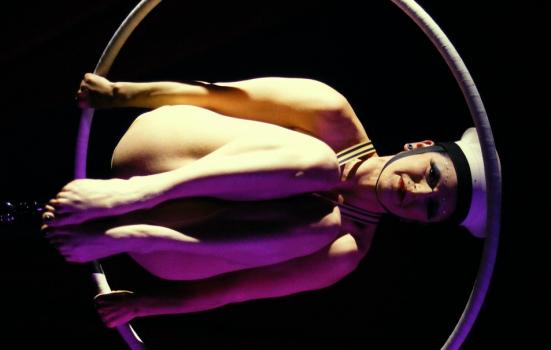 Performer Empress Stah at Queer Up North festival in 2010
Photo:

Ten years ago, when I was running Queer Up North (QUN) International Festival in Manchester, my team and I experienced one of the first skirmishes in what has become a familiar conflict between transgender activists and those considered by these activists to be transphobic.

I progammed a lesbian singer from the US called Bitch. Shortly after we went public with the programme, I received an email informing me that Bitch had performed at Michigan Womyn’s Music Festival, and that the festival had a policy of admitting only non-trans women. Apparently not only had Bitch appeared at the festival, she’d defended this admission policy as well. Therefore, the email argued, Bitch was transphobic and the event must be cancelled. (In fact, Michigan Womyn’s Music Festival had no such admission policy and trans women were welcomed .)

QUN refused to cancel the event and our board of trustees backed this decision. A small picket attended the event itself and everything went smoothly.

Since 2008, transgender activism has developed in scale and intensity, meaning that some arts organisations will face higher profile protests. I asked two which have recently experienced such protests to contribute to this article - neither wanted to risk re-igniting the situation by speaking publicly.

Trans issues are seen as the next LGBT civil rights struggle – with some justification – but there are some fundamental differences between today’s trans activism and the lesbian and gay activism that preceded it. It’s important to understand the implications of these differences.

Lesbian and gay activism is centered around the freedom to have sex or fall in love with whoever we want. Whether it’s the conventional equality-orientated activism, or its more radical liberational sibling, it boils down to sexual attraction and the rights and freedoms which should flow from that in a fair society.

Crucially, these rights and freedoms are not won at the expense of the rights and freedoms of others . Nobody else’s autonomy is threatened by decriminalisation, the equal age of consent, gay marriage or civil partnerships. Trans activism also has a rights and freedoms dimension to it . For example, trans people have specific healthcare needs that the NHS has been slow to respond to. They are at risk of abuse and violence – as many LGB people still are.

But transgender isn’t a sexual orientation. It’s not about who one has sex with or falls in love with. And this is where things get complicated. Modern trans politics redefines some existing ideas revolving around sex and gender and introduces several entirely new concepts. Trans activism then insists that everyone accepts and adopts these concepts and redefinitions. The problem is, not everyone likes some or all of these concepts and revised definitions and some people don’t want to accept and adopt them in their own lives.

This is the fundamental difference between LGB activism and trans activism. Trans activism insists we all agree to understand sex and gender  –  understand ourselves  –  in line with the precepts of transgender ideology.

Today’s conflicts usually centre around the dispute between transgenderism and gender critical feminism.

Transgenderism centres on the concept of gender identity, defined by Stonewall as “a person’s innate sense of their own gender, whether male, female or something else, which may or may not correspond to the sex assigned at birth”. Gender identity is at the heart of the claim – often repeated by activists – that the sole qualifier for being a man or a woman is to identify as a man or a woman regardless of biological sex.

Gender critical feminism centres on sex rather than gender. It holds that the basis for female oppression is biological and that gender is socially constructed (not innate) and something to be resisted (not to be identified with). Gender critical feminists argue that trans women are not women because they do not possess the necessary biology and have therefore not experienced oppressive socialisation as a result of their biological sex.

This conflict was at the heart of the QUN dispute. Michigan Womyn’s Festival took the view that biological sex was central, whereas the activists who protested QUN took the opposing view.

Arts organisations can face accusations of transphobia without engaging directly with trans issues. It is enough to programme someone who has, at some point, expressed gender critical feminist views to find your organisation in the eye of a storm. Jenni Murray, for example, wrote an article in The Sunday Times that argued that trans women, while fully entitled to respect and dignity, should not be considered women. In stating this, she planted herself firmly on the side of gender critical feminism and her events have been repeatedly targeted by trans activists as a result.

The strategies deployed by some trans activists can be distressing to experience. They include telephoning and emailing funders, sponsors, trustees and patrons. Sometimes volunteers are targeted, with communications directed at their employers or places of study. Women are at particular risk of abusive communications, as are organisations working in hired venues. Activists may contact venue management arguing that they have unwittingly agreed to host hate speech.

Organisations programming anything likely to lead to the attention of trans activists should take care to prepare their organisation thoroughly. It’s important to ensure that all trustees are in full support and a plan is in place to support staff and volunteers, should they receive activist contact.

The conflict between transgenderism and gender critical feminism is raging, and there has been no progress towards mutual understanding, let alone compromise. The government’s recent consultation on reforms to the Gender Recognition Act have intensified the dispute, and whatever the results of this consultation the arguments look certain to continue.

Jonathan Best is former director of Queer Up North International Festival and is involved in campaigning from a gender critical perspective.
www.jonnybest.co.uk
Tw @jonnnybest