Autistic people face the highest rate of unemployment of all disabled groups in the UK. A new guide aims to change conversations surrounding autism in the performance industry. 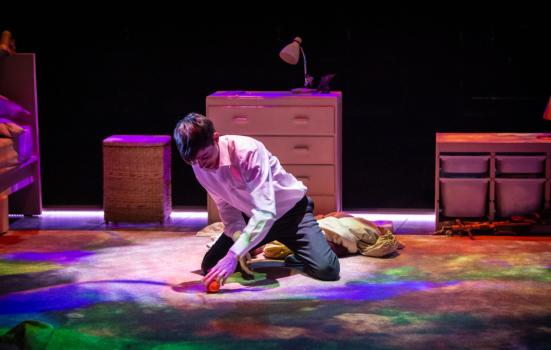 JJ Green performing in Perspective at The National Theatre
Photo:

A new guide to working with autistic performers will “break down stigma and let conversations happen,” according to its author.

Clore Fellow Hayley Williams-Hindle, an artist and neurodivergence researcher, said practical advice on attracting and retaining neurodivergent talent in the creative sector is “a valuable step in the right direction”.

“The energy, thoughtfulness and generosity with which the guide has been written is clear throughout... I hope it is widely read and sincerely adopted.”

The guide likens adjustments for autistic creatives to the need for an adapter plug on holiday, a great analogy according to Williams-Hindle.

“If we want to experience something different, in a different (physical) place, we bring along those devices or language translation skills that enable us to engage on terms that make sense for those we want to be alongside,” she said.

One of Green’s primary aims in creating the guide is to gain equitable employment for autistic creatives.

Autistic people face the highest rates of unemployment of all disabled groups according to the Office for National Statistics.

Green believes unemployment is “even higher” for autistic creatives in the performance sector.

“A lot of it comes from a place of unintentional ableism,” he said.

“I think there’s a lot of stigma attached to autism. People believe that an autistic person couldn’t be in that role, couldn’t be part of a working company as a lighting designer, director, producer.

“The performing industry is quite traditional [so] we have to work quite hard for change.”

Equity hopes the guide will enable autistic artists to gain equal and fair treatment when seeking opportunities in the workplace.

“The 2020 lockdown provided a chance for conversations and dialogues to happen about how we can come back stronger,” Green added.

“That break in the industry has really allowed for changes to [begin] seeping through.”

Research from charity Autistica found autistic people are more likely to be underpaid, underemployed and poorly supported, with many feeling unable to disclose their disability in a professional setting.

Green hopes the guide, which provides terminology for discussing autism, will facilitate a “two-way dialogue” between autistic creatives and professionals in the performance sector.

He recently played main character Leo, a teenage boy with autism, in a National Theatre production of ‘Perspective’, written by 17-year-old Mackenzie Wellfare.

Wellfare, who has autism, won the National Theatre’s New Views playwriting competition for his play in June.

Green said the National Theatre did a “fantastic job” at creating a safe and accessible environment during rehearsals and performances.

“The most important thing [the theatre] did was create a safe space where I could stand up and say ‘I need this’.

“None of my access needs were a problem and that’s where real progression starts.”

“It is as frank as it is detailed and should be seen an important step in improving best practice when working with autistic artists."