Researchers say we should be "especially worried" about a huge drop in creatives under 25 that could lead to greater inequalities in the arts and creative industries. 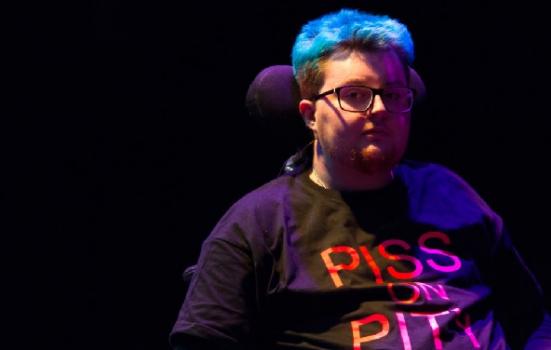 Young creatives are leaving the sector at an alarming rate
Photo:

Young creatives are being pushed out of the sector, with more than a quarter leaving since the first lockdown.

Figures from the Office for National Statistics show 27% of creative workers under 25 left cultural and creative jobs between April and October, compared to 14% of creatives over 25. While turnover generally higher among younger workers, it is now nearly double the normal rate of 15%.

Researchers at the Centre for Cultural Value in Leeds say we should be "especially worried" about this decline as about a third of younger creatives reported working zero hours.

"It seems clear that young people have been particularly affected... potentially heralding a missing generation."

Young creatives, often in less secure, lower paid positions with less developed professional networks, are inherently more vulnerable than their older colleagues, but the pandemic has exacerbated this.

"It is easy to see how this could lead to even greater inequalities in the sector," the researchers say.

It's not just young people who are in trouble: researchers say there is "fairly strong evidence that the proportion of people without degrees working in creative occupations is declining", down from 37% in 2019 to 34% in the six months following the first national lockdown.

While it's too early to say whether the pandemic will have any long term effect on employment for disabled people, people of colour and women, the immediate impact on the sector is clear.

Fewer women were working full time as creatives (down about 10%), and the same was true for people of colour (down 9%) and the less educated (down 14%).

"Of course, many of these groups were already more likely to be working zero hours pre-lockdown," the researchers said.

A separate study by the Trades Union Congress (TUC) highlighted a 44% decline in women of colour working in arts entertainment, representing more than 17,000 jobs.

Researchers didn't find any substantial drop in employment, but said the number of hours worked has fallen.

"To some extent this might indicate that the government support schemes are working, in that they retain workers within the creative sector."

The size of the creative industries contracted massively in the second quarter of 2020 before recovering somewhat in the third quarter.

There was no clear or statistically robust difference in this pattern between the four nations or among regions of England, suggesting it was the national lockdown that had the greatest impact on creative industries' workforces.

While the changes in working hours "broadly reflect" overall workforce trends, "under-25s in creative occupations and disabled people in the creative industries do appear to have greater reductions in working hours than we see in the labour force as a whole," the Centre for Cultural Value concluded.

"It does also suggest that there are certain demographic groups who are more vulnerable to losing their jobs in the coming months."