Founding members of the South Asian arts company accuse Arts Council England of turning a blind eye to "the definition of appropriation" as new programmes and audiences are pursued. 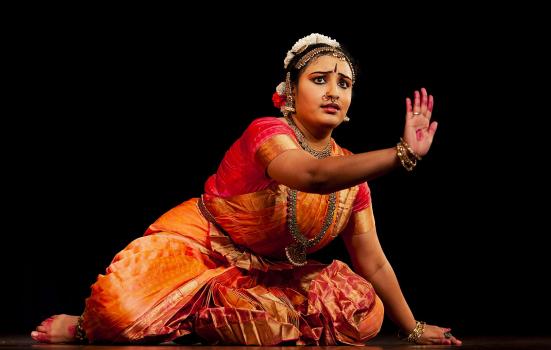 Longtime supporters fear for the future of classical South Asian dance forms in the UK
Photo:

Founding members of Kala Sangam say a plan to change its name next year is part of a "gradual, very systematic cultural dismantling" of the South Asian arts company's historical purpose.

Long-time supporters of the Bradford charity have become frustrated and disillusioned as its board and executive try to reposition it as "a space where creativity and culture make a difference to people’s lives and aspirations, regardless of background".

Creative Director Alex Croft, who assumed the post in 2018, says the rebrand is necessary for the National Portfolio Organisation (NPO), promoted in Bradford's UK City of Culture 2025 bid, to ensure financial viability, keep it relevant and create an identity that reflects its changed focus.

"For some people the name Kala Sangam is intrinsically linked to the past and our broader new programme doesn’t reinforce what they believe Kala Sangam to be.

"People can’t spell it, they don’t know what we are, there’s a misconception that it’s a faith centre… we want to be welcome to anyone.”

The organisation said support for South Asian arts "remains part of our core focus" and has grown under Croft's leadership, as one of three public programming strands alongside 'This is Bradford' and 'British diversity'. It says it welcomes more South Asian audiences and supports more South Asian artists now than before 2018.

Croft acknowledged "a small minority" of locals are unhappy with the company's current direction, but claimed "there are undoubtedly people who have a longstanding association with Kala Sangam who weren’t attending before I joined".

"A number haven’t, but we never excluded any of those people."

Those involved with Kala Sangam during its first 24 years disagree with Croft's assessment.

They believe its current White-led management lack the expertise and - crucially - the support of Bradford's South Asian arts community to uphold its legacy.

Attempts to fundraise for Kala Sangam have been hamstrung by deep distrust of its new leadership, and its Co-Founder, Dr Geetha Upadyaya OBE, has discouraged plans to protest outside the building to try protect its reputation.

While previously small and specific in focus, sources said Kala Sangam developed a reputation for classical performance in the UK and abroad and appealed strongly to White British audiences.

"As dancers and performers, we showed it wasn't exclusive to Asians," one of the company's original performers said.

She and a friend, who had also been involved for more than 20 years, told ArtsProfessional they stopped attending after 2018.

"There were new staff, and they would say, 'have you been to Kala Sangam before?' It was somewhere we felt at home and suddenly we weren't known anymore."

Seven new board members have joined Kala Sangam since 2018, with the majority of trustees now of South Asian heritage.

Two new trustees were recruited last November after Arts Council England (ACE), on receipt of complaints from community members, facilitated a meeting in April with Kala Sangam's board.

"It went okay. I think they were surprised we weren't there to throw stones," a person involved in the discussions said.

"It wasn’t about knocking them, it was about seeing where we can go as a South Asian organisation. All that was existing was a name and everything else had been taken away."

The company's constitution was changed in 2018 from an explicit focus on South Asian arts to promoting education and equality" in particular but not exclusively through the use of intercultural arts".

The amendment "was to simplify and future-proof the constitution", Kala Sangam said.

"This will help us stay relevant and therefore viable as an organisation."

An 'internal summary' by ACE in March 2021, released to ArtsProfessional following repeated Freedom of Information Act requests, says Kala Sangam was establishing an artist advisory panel to ensure South Asian representation. Artists would have one-to-one conversations with Croft, the Creative Director, and be paid for their time.

When asked about its progress, Kala Sangam said that, "unfortunately, implementing an artist advisory panel was impacted by the pandemic".

"It is still in our planning to introduce the artist advisory panel and we are looking to begin this in October once the result of our NPO application is known."

Tajpal Rathore, Editor of Off/Stage, which has done its own investigation into Kala Sangam, was put forward by community members as a potential trustee but rejected by the board.

He questioned Kala Sangam's approach and ACE's sanctioning of the rebrand, saying it is "the job of every arts organisation" to attract more audiences without alienating historic attendees.

"It’s quite obvious which organisations have longstanding history in different communities. To not be concerned that it’s a White-led organisation is ridiculous."

After three years of "hopeless" discussions with Arts Council England (ACE) and Kala Sangam, the name change is the final straw for some.

One person involved with the company in recent years described it as "the definition of appropriation".

Former staff said Kala Sangam no longer provides for the community it was established to serve.

"The funny thing is you [Kala Sangam] say you want to change the name, but you are using the name to get the [NPO] grant," one said.

"To understand and assimilate is a lot of work."

Several sources commented on a perceived lack of respect for the life's work of Dr Upadyaya, who was told by ACE staff before her resignation in 2017 that she had "founder's syndrome" and needed to acquiesce to a new organisational remit.

A community member commented that, "for it to be whitewashed and to say, 'we're just going to focus on Bradford', I think it's cultural vandalism."

"They could have easily started another organisation if that's what they wanted to do.

"We're not looking to go back 30 years [in time], but we are looking for some representation."

Croft is a former ACE Relationship Manager for dance: "They are hand in glove," one complainant alleged.

Kala Sangam said the introduction of broader programming strands was in response to ailing finances and a significant cut in its NPO grant in 2015, as well as the "specific concerns about our relevance to place and artistic quality" raised by the Arts Council.

An ACE spokesperson said it has discussed the rebranding with Kala Sangam and "emphasised the importance of increasing diversity across the organisation to represent South Asian specialism as well as being representative of Bradford as a whole".

"We also encouraged the organisation to consider the role of its South Asian offer in any rebranding."

“If you’re a publicly funded organisation and the public can’t do anything about it, then you’re not fit for purpose.”