Arts Council England sets targets for Lottery spending across its five regions, with 90% of a new £35m fund for developing talent and building cultural capital earmarked for outside London. 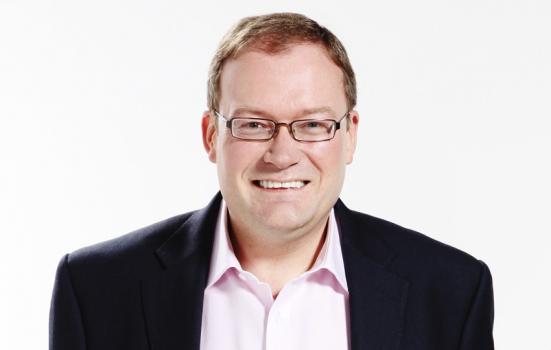 Darren Henley: “It’s the Arts Council’s ambition to support centres of creative excellence across the country”

Arts Council England is to make a “significant shift” in the distribution of Lottery funding to be invested outside of London over the next three years, according to its new Chief Executive, Darren Henley. In his inaugural speech, he said: “It’s the Arts Council’s ambition to support centres of creative excellence across the country.” Henley welcomed the Government’s commitment to cultural investment in Manchester as part of its plans for a ‘Northern Powerhouse’, but sees this as extending across the north of England: “Imagine a corridor of culturally driven regeneration all along the M62, linking Hull with Liverpool, and taking in Manchester and Leeds. I call it ‘The M62 Corridor of Culture’.”

By the end of 2018, Henley says that at least 75% of Lottery revenue will be invested outside of London – five percentage points more than at present – to encourage “more of a two-way street” and greater “interchange between our great capital city and other parts of England”. To achieve this, Henley has announced that ACE will be making “targeted use of our Strategic funds, so that we can be confident that we don’t harm London’s arts and culture sector”.

A new three-year fund, ‘Ambition for Excellence’, will be established to distribute £35.2m of Lottery money, with ACE aiming to “spend close to £31.7m of it outside of London”. The purpose of the fund will be to “develop talent and leadership in all regions, support work of increased ambition and help build ‘cultural capacity’.” Henley warns that, while there is a “demand for this investment… in some places we will have to encourage and support quality applications”. AP asked ACE whether the sum earmarked for the regions will be available to London-based organisations to do work outside of the capital. ACE clarified that the scheme will be open to consortia, and “London can be partners in consortia but lead organisations must be outside of London, so it’s fair to say that the money is absolutely set for organisations outside London”.

ACE has also set targets for Lottery spending outside London for its other funding programmes, but the details of these have not been released. AP is awaiting answers about the regional distribution of these budgets. ACE has already revealed that the budget for its Grants for the Arts programme is being split across its five geographic areas in 2015/16, “based on a weighted formula that uses population and demand”. Each area is being given the discretion to determine how its overall budget is split between the under- and the over-£15k application strands, to “give them the flexibility to respond better to the strategic needs of the area.”

The announcement of a gradual re-distribution of Lottery funding comes just in time for ACE Chair Sir Peter Bazalgette, who in October 2013, in response to the findings of the Rebalancing our Cultural Capital report, conceded that there was a regional imbalance in England’s funding, and said “judge us in two years’ time”.

The recent round of regular Grant in Aid funding awards announced last year did little to alter the spread of core funding across the country. While the proportion of ACE’s National Portfolio funding going to London-based organisations supposedly fell from 49% to 47.3%, this swing was heavily influenced by the designation of the biggest new entrant to the Portfolio, New Adventures and Re:Bourne, as being ‘South East based’, despite it having been designated as ‘London-based’ for more than a decade, and having its administrative base, registered office and a long-standing residency at Sadler’s Wells.

That's great to hear but one hopes that Darren Henley will also be addressing the clear misappropriation of ACE funding by organisations who claim to have regional presences but who, in reality have nothing of the sort. Theatre companies and festivals routinely suckle from the regional teat but deliver nothing to the regions they claim to serve. Can we have an investigation into these organisations and a re-evaluation of where this much-needed regional funding is going and how it's being used?