Bradford cultural strategy to 'harness the power of our diversity'

The city aims to add 3,000 jobs to its cultural sector by 2031 - half of them from underrepresented groups - as its current offer lacks "the power to engage all our diverse communities". 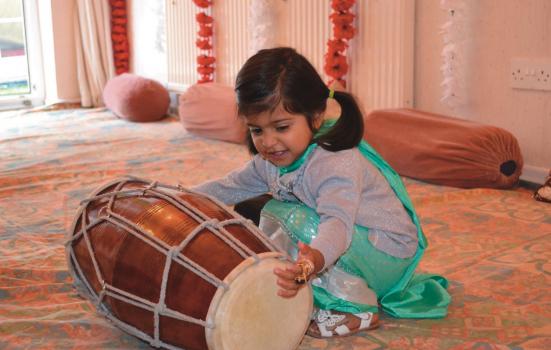 Bradford, one of four current bidders for UK City of Culture 2025, has launched a 10-year cultural strategy to “harness the power of our diversity”.

'Culture Is Our Plan' strategy focuses on making the most of Bradford’s existing strengths, including its young, ethnically diverse population – more than half of the region's residents are expected to be of South Asian, Eastern European, African, Caribbean or Arab heritage by 2025.

"Our existing arts, culture and heritage organisations lack the power to engage all our diverse communities," the strategy states, further noting that, as England's fifth-largest local authority area, it does not have “the range of cultural activity a place this size demands”.

Developed in collaboration with councils, colleges and the Creative People and Places programme, Culture Is Our Plan will replace Bradford Council’s previous cultural strategy and become a key tenet of the city's post-Covid recovery.

As part of its support, the council has relaunched and redesigned its cultural grants programme. It will invest £516,500 per year, with one-off small project grants starting at £200 and regular funding of up to £30,000 per year for major local institutions.

Susan Hinchcliffe, Leader of Bradford Council and Chair of the Bradford Cultural Place Partnership, said she was "delighted" to see a truly co-created plan come to fruition: “The plan doesn’t pretend to have all the answers."

"But it offers a ten-year vision, ten ambitions and ten targets to help us on a journey of culture-led recovery and regeneration.”

Under the new plan, Bradford will add 3,000 new jobs to its cultural sector over the next decade, drawing half of that workforce from currently underrepresented groups.

A set of ten targets for 2031 include regularly engaging 70% of its population in cultural activities, ensuring 80% of local people feel culture in Bradford “represents me and my life”, and creating a 'Bradford Curriculum’ so all primary schoolers can “learn the district’s story”.

The city also aims to attract more national funding, increasing per-capita investment to that of comparable local authorities, give 250,000 of the region's most deprived residents new opportunities to engage with the arts, and persue capital projects that "rehouse, reimagine and repurpose" Bradford’s existing cultural and heritage assets.

Hinchcliffe said the strategy would evolve over time: “Every two years there will be a gathering of our growing cultural sector."

"It will be made up not only of artists, curators, designers, box-office assistants and conservators, but also of those key workers who are the bedrock of our communities – doctors, transport workers, hairdressers, factory workers; in fact anyone and everyone for whom culture is a part of life.”

She said these gatherings will be an opportunity to share progress and reset targets ahead of the council's next cultural plan.

Hinchliffe said that a successful UK City of Culture bid would “put rocket fuel in our tank and accelerate our journey to a better future”.

In support of its bid, Bradford is presenting 'Summer Unlocked', a programme of 24 cultural events ranging from poetry to acrobatic displays and hip-hop sessions.

The bid will continue with what is described as “a calendar of high-quality festivals and events with local, national and international significance”.

The City of Culture 2025 longlist will be announced in September, with the winner chosen in May 2022.

Hinchliffe added: “Whether we win [the City of Culture 2025] accolade or not, Culture Is Our Plan will stand, and will be our guide to a better, more creative, inclusive and successful Bradford District for everyone.”