EBacc cracks are starting to show

New government figures reveal that lower attaining pupils are being increasingly disadvantaged by studying for the EBacc qualification. 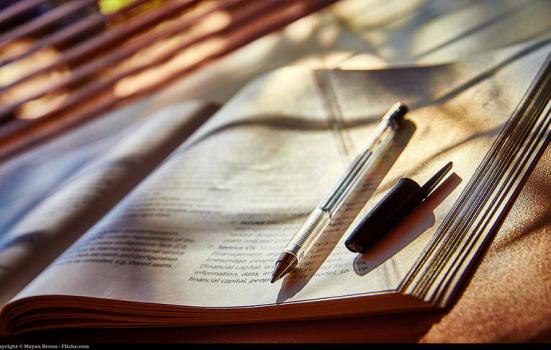 Moyan_Brenn via VisualHunt / CC BY

The gap between the number of students entering the English Baccalaureate (EBacc) qualification and those achieving it is widening, according to new figures released by the Department for Education. 15.1% of students who attempted the EBacc this year failed to achieve it, compared with 6.2% when the qualification was launched in 2011.

The EBacc is achieved by studying a suite of GCSEs in specified subjects, none of which are arts subjects. Analysis by the National Foundation for Educational Research (NFER) has found that pupils with lower prior attainment levels are the ones being increasingly disadvantaged by studying EBacc subjects. In 2015 just over 5% of lower attaining pupils entered the EBacc, and 12.7% of these pupils achieved it. This year 8.3% per cent sat the exams, but the proportion achieving it fell to 10.8%.

Lucy Ellis, commenting for the NFER, raised concerns about the implications of the figures. She said: “This trend is concerning as pupils who currently enter EBacc subjects are likely to be the medium to higher attaining pupils whom schools believe are capable of achieving the EBacc. As a greater number of lower attaining pupils start entering EBacc subjects, all other things being equal, this gap between entries and achievement might be expected to continue to widen.”

She continued: “Such pupils might be better served by being able to decide to study alternative qualifications that better suit their aims and interests… as a greater number of lower attaining pupils are studying these [EBacc] subjects, it surely cannot be a good experience for these pupils or a good outcome for the EBacc qualification itself.”

Ellis concluded that the government still has “a long way to go” to achieve its target of making the EBacc a compulsory qualification for at least 90% of secondary pupils. She said: “The way forward needs to be carefully considered to ensure an increase in not just entry rates but, more importantly, achievement for all pupils.”

Last month Schools Minister Nick Gibb hit back at critics who believe that the EBacc is inappropriate for some pupils, by selectively citing a research report by The Sutton Trust to claim that the “EBacc debate is being won”. He failed to acknowledge the report’s conclusion that “setting the EBacc as the ‘gold standard’ secondary school curriculum risks deprioritising the educational experiences of those students for whom it isn’t appropriate” and its recommendation that the Government should “reconsider its intention that 90% of pupils should be entered for EBacc subjects”.

The Creative Industries Federation drew attention to the impact of the EBacc on children from disadvantaged backgrounds in its recent report highlighting the relationship between creative education, social mobility and the skills gap. Responding to the latest figures, CEO John Kampfner told AP: “Our recent paper demonstrated why and how the EBacc risks damaging social mobility – and these figures confirm that to be the case. Children from disadvantaged backgrounds and those with special educational needs are likely to be most badly affected by its exclusion of creative subjects, whether design and technology, art and design, music or drama.

His views reflect widespread concerns among arts professionals, schools and politicians. Arts leaders have called for the EBacc to be scrapped and nine out of ten school leaders oppose it in its current form. Former Secretary of State for Education Lord Baker has also challenged the EBacc. Referring to the introduction of England’s National Curriculum by the Conservatives in the 1990s, he said: “We had assumed that our curriculum would meet the needs of all 14-16 year olds. Experience proved that we had been too prescriptive.”

A petition signed by over 100,000 people triggered a Parliamentary debate about the EBacc. But the findings from a government consultation on making the EBacc compulsory in secondary schools, launched in November last year, have yet to be published. To mark the anniversary of the consultation launch, the Bacc for the Future campaign, led by the Incorporated Society of Musicians (ISM), is lobbying current Education Secretary Justine Greening to reverse the plan.