Where are our young and diverse trustees?

Given that trustees have financial and legal responsibility for their charity, it’s no surprise many people lack the confidence to take on the role. It’s time to change that, says Michelle Wright. 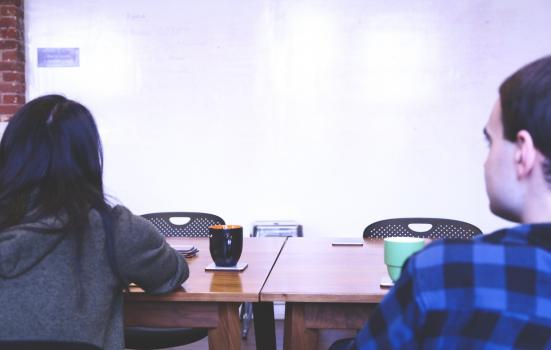 There are 700,000 trustees in England and Wales who are responsible for running 167,000 charities with a total income of £74bn and assets of £250bn. That’s quite an obligation for a group of volunteers. The 2017 report Taken on Trust: Awareness and Effectiveness of Charity Trustees in England and Wales identified that in about 80% of charities nationally, trustees play both a governance role and an executive role. They have no staff or other volunteers from whom they can seek support, estimating that the annual value of the time that trustees spend on their duties is £3.5bn.

Charity trustees report that they lack the relevant legal, digital, fundraising, marketing and campaigning skills at board level

At the moment, however, the trustee role is rather a poisoned chalice. Public failings typified by the demise of Kids Company, concerns regarding the governance of fundraising in larger charities, and enhanced critical media attention have each contributed to a decline in public trust in charities that is only very slowly starting to recover.

The vast majority of media reporting about trustees is negative. And, as we find our volunteer trustees burdened with ever more responsibility and legislation with new fundraising regulation, GDPR and a New Charities Act, to name a few, who would actually want to step up into the most responsible volunteer position in the world?

This picture is exacerbated by figures on diversity that are rather shocking. The Taken on Trust research demonstrated that trustees are drawn from a very narrow cross-section of the communities they serve. Men outnumber women trustees by two to one, 92% are white British and the average age is between 60 and 62 (20 years older than the average age in the UK). They are also above average in terms of both income and education.

Additionally, our own research at Cause4, carried out with 1,000 people in December 2017, revealed less than a quarter (23%) would consider being a trustee in 2018. 66% said they wouldn’t and 29% said that they didn’t know what a charity trustee is or what the role entails. Indeed, 17% preferred the more passive option of donating money rather than the responsibility of volunteering as a trustee.

So as arts organisations are encouraged to prioritise diversity and reflect our audiences and beneficiaries, where do we start if the baseline understanding and appetite around trusteeship is so low? Here are some proposals:

The Taken on Trust research goes on to say that trustees are generally confident about their own perception of the legal duties and responsibilities they face. They are, however, less confident when specific responsibilities are identified and tested. Charity trustees report that they lack the relevant legal, digital, fundraising, marketing and campaigning skills at board level.

So, what can be done? At Arts Fundraising & Philanthropy, with the support of Arts Council England, we are going to dip our toe in the water and test whether we can make a small change. In this very uncertain economic climate, we know that most arts organisations are desperate to increase the fundraising skills and knowledge on their boards.

We are putting out a #BeAtrustee call to action to our arts fundraisers and those with fundraising knowledge to step forward to become trustees to increase the fundraising confidence on our boards. Our one-day training course is adapted for the arts from the award-winning trustee Leadership Programme in partnership with Close Brothers AM and Clothworkers’ Company, which trains over 500 people a year to be trustees.

This article is part of a series of articles on the theme Fundraising for the future, sponsored and contributed by Arts Fundraising & Philanthropy.

#BeAtrustee training runs in Manchester on Wednesday 28 February and Bristol on Thursday 29 March.

The impact of Covid-19 on fundraising: should we tear up the rule book?
Preventing accidents – the problems of attracting fundraising talent
Are qualifications worth it?
The long tail for fundraising and philanthropy
Communicating with donors at a time of crisis
Power to the people: how arts charities will have to change over the next 10 years
Wooing the young billionaires
The crisis in arts fundraising talent
Is it time to reimagine the trustee board bank?
We need to work harder on donor diversity