Is there a music education crisis?

Secondary schools have been subject to cutbacks in music education, but we shouldn't lose sight of the many recent successes and advances in this area, argues Carol Reid. 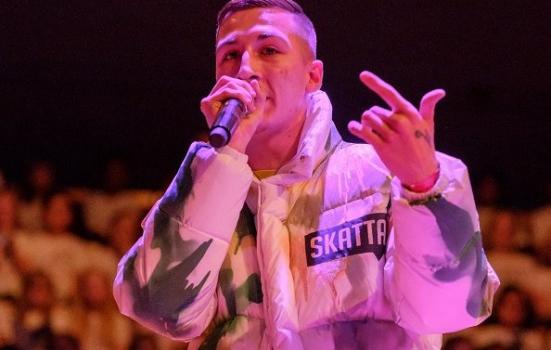 Changing Trax, a project run by the Positive Foundation in Coventry
Photo:

The University of Sussex’s latest research on music education in secondary schools created the usual media flurry of crisis headlines. But this narrative is unhelpful – and in some ways it’s also untrue. The glass-half-empty story is in danger of drowning out the significant successes of the last decade. And it’s doing a disservice to the large number of individuals and organisations who are engaging and inspiring young people through music.

Amid talk of cuts, it can be easy to forget that the Department for Education invests £75m a year into music education hubs. Arts Council England’s (ACE) national portfolio funding for music organisations, many of which deliver education work, exceeds £90m annually. And at Youth Music we invest around £9m a year in projects fostering a wide range of musical, personal and social outcomes.

Music education has faced criticism, often justified, for being the preserve of the wealthy, too focused on classical music, and of varying quality. But the emergence of exciting new groups and initiatives is rapidly changing this, and the field is now more creative, diverse, inclusive and relevant than ever.

Music education is also becoming more accessible. The charity Open Up Music has developed a musical instrument called the clarion that can be played with any part of the body. Along with other accessible instruments, it’s being used in 54 open orchestras that take place in special schools across the country.

The South West Open Youth Orchestra in Bristol is the country’s first regional disabled-led youth orchestra. And a range of other initiatives are supporting participation from under-represented groups, such as the large-scale Both Sides Now project for emerging female music creators in the north of England.

The sector is also being enhanced through digital resources like Charanga’s VIP Studio suite, which enables young people to compose, record and produce popular music styles in the classroom, so teachers don’t have to be specialists in these forms of music. Charanga’s new music resource for people with special educational needs and disability is already being used by over 150 special schools across the country.

There have undeniably been significant cuts to music in some secondary schools, as music’s place in the curriculum has been downgraded due to the Ebacc and funding pressures. The scale is not fully known, but these cuts have probably affected at least one-third of state-funded secondaries.

But this decline started long before the Ebacc even existed, and may well be counterbalanced to an extent by an increase in more vocational music qualifications. In some schools, music is positively thriving. At Manor CE Academy in York there were 146 expressions of interest to take GCSE music last year, from a year group of 220 pupils.

Ofsted’s recent announcement of a new inspection framework that will assess schools on whether they offer a broad, deep and rich curriculum is also promising news for arts subjects.

There are fantastic examples of music-making outside the classroom too. Projects funded by Youth Music take place in all kinds of spaces from youth centres, libraries and hospitals to forests and housing estates.

There are threats ahead. The government has announced rises in pay and pension contributions for teachers, but it is still unclear if there will be enough funding for this to include those centrally employed by music services – 4,900 music teachers, working both in and outside schools.

Further down the line, there’s next year’s government spending review, as well as Brexit, stagnating Lottery sales and the continued declining investment from local authorities. Current funding for music education hubs ends in 2020 and a Department for Education announcement on their future is awaited.

But the crisis narrative doesn’t reflect the complexity of the situation. Now, more than ever, music educationalists should be looking to develop narratives and actions that can form a cohesive strategy to benefit the young musicians of today and tomorrow. Drawing on each other’s assets, we should be working together to address gaps and threats, and increase the scale of work that makes a difference.

We can’t stand still. The landscape is changing, and we need to change too. A recent horizon scan commissioned by ACE reported that the overall picture for arts and cultural organisations is “characterised by continuity with the past”, and warned that organisations will need to become more experimental, adopt new organisational practices and foster a sophisticated array of partnerships.

Music education in England (and the wider UK) is streets ahead of most other countries. But this doesn’t mean we should rest on our laurels. It’s time for greater cohesion, honest reflection and a dialogue that focuses on solutions.

Get involved in the conversation by sharing your thoughts on the Youth Music Network.

Thanks Carol, for a very clear and positive piece. I completely agree that there is some marvellous work going on the broad of music education/community music; both within and without the classroom. However, I think there are systemic threats to music within education that we must address - we know that out of school hours provision doesn't reach the majority of children and young people, so we have to get it right in schools. Significant positive innovations in practice and philosophy are emerging in the out of school space which rarely find their way in the mainstream of classroom practice; training and support for classroom teachers in music, particularly primary, is still inadequate in reach and too often undervalued; and musical creativity as the bedrock of music learning isn't yet the norm in many instrumental learning settings - in and out of school. So yes, there is much to celebrate, and there is equally much to be making right...
Hi Carol, I know your heart is in the right place but this article is potentially damaging to the work of many advoocates. Firstly, I think you misunderstand exactly what the crisis is in music education, namely that thousands of children across the country are getting no kind of quality music education whatsoever. Yes, there are lots of great things going on across the country which should be celebrated, but if it is not driven by quality in schools, there will, I believe be less work for external providers, not more. Secondly, when you say the University of Sussex is "unhelpful – and in some ways it’s also untrue" - this really upsets me, as you sound like Nick Gibb dismissing the decline in the arts as "simply untrue. Without Ally Daubney and Duncan Mackrill's research, wchi was robust and thorough, we wouldn't have much to counter such arguments with. Thirdly, you seem to glibly dismiss the importance of music specialists in primary schools, when you imply that Charanga is a perfect substitute for both trained music teachers and a decent music curriculum. Charanga is a useful resource in some ways but are you aware of how many music specialists in primary schools have been driven out of a job by it? It was never meant to replace music specialists, in the same way that hubs were never meant to replace in-school provision. If you think the picture of music in schools is rosy, tell that to my school leavers who are having to come back to my after school clubs because they aren't getting any music at their secondary schools. We need a model which works for everyone, not a postcode lottery at the whim of the headteachers.
These are all very valid points and just to clarify that the article recognises the cuts in secondary schools. Also just for the record, the University of Sussex work is a valuable piece of research that allows us to track what's happening and raise awareness of it. The 'crisis' narrative is what I call unhelpful and in some ways untrue, not the research itself. Its refreshing to read about what's happening in your school, for example, which presents a thriving approach to music. Hence my suggestion that the the crisis is just one part of the picture. In these times, how can we draw together the models and pragmatic solutions that are being put in place to help teachers advocate, or to find solutions where music has been cut back or removed from the curriculum - through a concerted strategy where we draw all our assets together? This was the intention of the piece and something which I think - judging by the response - has definite scope to be taken forwards.