Ofsted to refocus on ‘broad curriculum’

Campaigners against the EBacc have welcomed the move, but say it will not be enough on its own to save arts subjects. 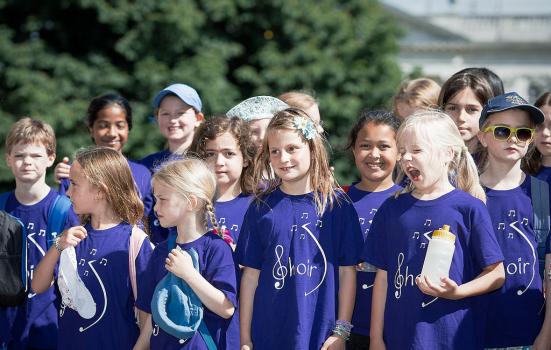 Ofsted has announced a new inspection framework that will see it downgrade the importance of exam results in favour of assessing whether schools are offering a “broad, rich and deep” curriculum.

Under the plans, inspectors will no longer grade schools for the outcomes they achieve, and will instead evaluate the overall “quality of education”.

Campaigners against the controversial English Baccalaureate (EBacc) performance measure have welcomed the move, but say it does not on its own represent a solution to the crisis facing arts subjects in schools.

Speaking at a schools conference in Newcastle, Ofsted’s Chief Executive Amanda Spielman said: “We know that focusing too narrowly on test and exam results can often leave little time or energy for hard thinking about the curriculum, and in fact can sometimes end up making a casualty of it.”

She added that based on curriculum research and education sector feedback, Ofsted now believes that “a focus on performance data is coming at the expense of what is taught in schools”.

Spielman said the new priorities will bring the conversation “back to the substance of young people’s learning and treating teachers as experts in their field, not just data managers”.

But campaigners against the EBacc said that the move on its own will not be enough to save arts subjects in schools.

Deborah Annetts, Chief Executive of the Incorporated Society of Musicians, said: “We welcome the news from Ofsted that they want to reform their inspection frameworks and rebalance their school league tables by ensuring there is a broad and balanced curriculum in schools, particularly at Year 5 and 6 and at Key Stage 3.

“However, Ofsted’s new approach is only part of the solution. Accountability measures need to be reformed. Under the EBacc, subjects including music are being squeezed out of schools. And this is despite the Government’s Industrial Strategy explicitly recognising the contribution of the £150 million ‘UK’s world-class creative industries’ to the UK economy.”

Her comments were echoed by education charity The Edge Foundation, which tweeted: “Great that Ofsted’s ‘quality of education’ measure takes into account creative subjects and Amanda Spielman acknowledges they’re being squeezed out of curriculum but why not just ditch the EBacc?”

The announcement follows fresh evidence on the sidelining of arts subjects. Research published by the University of Sussex has found that an increasing number of schools have reduced or removed music from their curriculums for students in years 7 to 9.

In 2018/19 music was compulsory for year 9 students in less than half (48%) of schools - down from 84% in 2012/13. And 59% of schools surveyed said that the EBacc was having a negative impact on the provision and uptake of music – both inside and outside the curriculum – with just 3% believing it has had a positive impact.

Dr Ally Daubney, Senior Teaching Fellow in Education at the University of Sussex, said: “Having warned in 2016 that performance measures and funding cuts risk making music education in school extinct, our recent research highlights that the situation is now at crisis point in many secondary schools. We need to act now in order to reverse this decline and find ways to support schools to offer a sustained music education for all.”