No room for neutrals

Chris Garrard believes that no one should be neutral in the debate on ethical sponsorship. 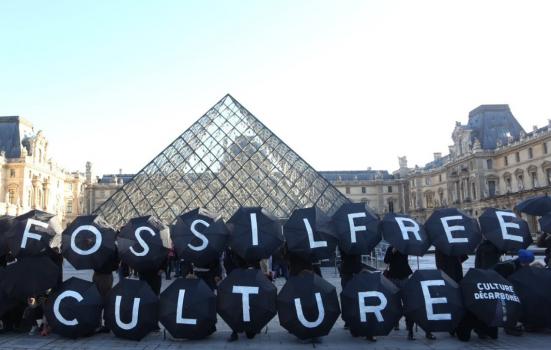 Sponsorship deals are transactions of power, influence and cultural capital. They can reveal whose voices are valued and whose are ignored. Sponsorship deals are not made in an ethical vacuum – they force organisations to confront the reality that they are not neutral and to decide where their values end and compromise begins.

Sponsorship relationships can be positive. Identifying a relevant and ethical partner can create new opportunities for collaboration and provide a much-needed source of additional revenue. But a partnership with an unethical company can cause a carefully crafted event or exhibition to become mired in controversy or appropriated for a cynical corporate agenda.

From creative protests against BP’s 'artwash' to artists boycotting BAE Systems, the impacts of getting it wrong are clear. Private donors, such as Len Blavatnik and the Sackler family, are currently facing similar scrutiny. Despite this, only 27% of respondents to AP's latest Pulse survey said their organisation has a policy in place to guide ethical decisions related to sponsorship. By now, this should be standard practice.

Sector-wide bodies such as the Charities Commission, Institute of Fundraising and Museums Association already spell out what is expected, and Culture Unstained brought many of these codes and guides together on our website.

In a recent report the National Audit Office said the best policies it had seen “set out a clear ethical position in respect of donations”. But when the British Museum recently published a newly revised donations policy, it was hard to identify its clear ethical position on anything. And while other cultural organisations have set out much stronger positions, many still lack details of the due diligence processes or accountability structures for putting their ethics into practice.

When we raised concerns last year that BP sponsorship breaches the National Portrait Gallery’s detailed ethical fundraising policy, the gallery backed away from its own stated values, claiming that its policy was just “a set of guidelines” and was “not drafted as mandatory”.

Three-quarters of those who responded to the Pulse survey said they believe their employer is at risk of reputational damage through association with a sponsor or major donor whose own reputation is subject to criticism. This gives a sense of the scale of the challenge facing the sector, but it also raises two important issues.

First, that ethical conflicts are often clear to the wider workforce, but that decisions around sponsorship often rest with a small group at the top. Second, it suggests that rather than establishing a clear ethical stance, there are organisations that are choosing to grapple with these issues if and when controversy arises.

This assumes that ethics are only worth enforcing when artists or staff members risk their own reputations and relationships in order to hold organisations to account. Or that transparency relies on dedicated groups such as Platform pursuing information requests and legal tribunals to reveal how decisions on sponsorship are made, as was the case with Tate.

When companies like BP or BAE Systems sponsor a museum exhibition or arts event, they are buying the social legitimacy that such an association lends their controversial brands. But by extension, they are also buying into the values of the wider cultural sector. There should therefore be a greater sense of collective responsibility around who the sector works with. Otherwise, we are allowing those that partner with oil, arms and tobacco to set the ethical standard, rather than those organisations that are leading the way (see our best practice examples).

While there can't be a one-size-fits-all approach to sponsorship, there can and should be consistency in how we approach policy and process. First, let’s accept that cultural organisations aren’t neutral and regularly take positions based on their values, often values that are shared across the sector, such as equality, environmental sustainability and a respect for human rights.

Second, let’s make articulating an organisation's ethical position as part of a fundraising policy a basic standard for the whole sector, and ensure that the position reflects the views of the wider organisation, not just those in positions of power and privilege. It is through a process of collaboratively reflecting upon, revising and restating our values that we progress.

And third, ethical sponsorship is also a governance issue. Informed and progressive decision-making flows from boards and directors that are truly accountable and represent the diversity of wider society rather than reinforcing existing cultural and financial elites.

We also need to acknowledge that when it comes to certain industries, such as oil, arms and tobacco, there is clear and substantial evidence that their products and operations are causing destruction and suffering on a global scale. Drawing such ethical red lines on sponsorship need not be an ‘anti-’ statement but a positive expression of an organisation’s core values and its responsibilities to the wider world.

Arts Council England (ACE) is consulting on its next 10-year strategy and now is surely the moment for it and other sector-wide bodies to drive this agenda forward. Diversity and environmental sustainability are already among ACE's core values, so why not expect those organisations receiving grants to reflect these same core values in their approach to fundraising? At the very least, to borrow the words of Sir Peter Bazalgette on this issue, ACE should expect them to demonstrate “clarity, consistency and transparency”.

The cultural capital that corporate sponsors seek isn’t a commodity. It is formed of the histories, contexts and communities that have brought performances, collections and artworks into being. This is where our decision-making on sponsorship should begin and end. It is only when we are clear and consistent about our own ethical stance that we can form partnerships with those who share and respect our fundamental values. This is how we can ensure that the work of our organisations, and the wider cultural sector, is served by its sponsors and not the other way around.

@MuseumHour debate on Twitter on Monday 30 April will be on the theme of ethical sponsorship.

Where are the red lines on ethical fundraising?
Defending BP sponsorship: is it "for the public good"?
No room for neutrals
Exposing ethical questions