Public urge Arts Council England to prepare for the future

A public consultation to inform the national funder’s upcoming ten-year strategy calls for action on the environment and reform to ensure arts careers remain sustainable. 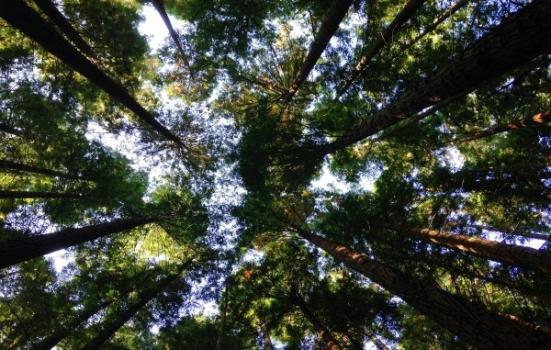 The Arts Council has been encouraged to protect the wellbeing of the planet
Photo:

Arts Council England has been urged to focus more funding on research and development and prepare for automation, in a public consultation on the threats, challenges and opportunities facing the cultural sector.

Part of the research to inform the creation of the national funder’s new ten-year plan, the 12-week online consultation also invited responses on priorities for public funding and the appropriate role of the Arts Council.

Britain Thinks, the consultancy organisation coordinating the online ‘conversation’ that closed this week, set out five discussion topics with a series of associated questions. Each topic had around 100 responses from arts workers and members of the public.

Discussing the future role for the Arts Council, some respondents said the funder should focus on advocacy, work to restore the expertise and connections offered by local authority arts officers, and help the arts shed its ‘elitist’ image.

There were also suggestions ACE could function as a body that ‘upscales’ the capacities of individual marketers or fundraisers by pooling resources for smaller venues or organisations.

Reacting to a question about the appropriate role for galleries, museums and libraries, one commenter said they must continue to function like “trusted brands” that give visitors the answers they’re looking for. “We want the digital versions of our galleries, museums and libraries to become the preferred route of research for customers, just as our physical buildings were 40 years ago,” the commenter said.

Threats raised by respondents included continued reductions in funding, a lack of diversity among leadership and the impact of Brexit. Respondents also detailed concerns about poor working conditions and a lack of engagement in the arts among younger generations.

But some suggested the changing role of the arts in society could lead to an increase in different kinds of work being developed and presented through innovative cross-sector collaborations. Commenters also thought the next decade would naturally see more funding directed outside of London.

Others stressed the need to react to a changing environment, with one commenter suggesting the upcoming ten-year plan could “proudly pay attention to the role of artists as key agents of change in the shift to a more ecological age”.

“Not to do so is to miss the most historic trick in whatever epic story book we are living through at present,” they added.

A history of consultation

ACE ran a similar discussion in 2009 ahead of the creation of ‘Great Art for Everyone’, its most recent ten-year strategy, which covers the period 2010-20.

There was some continuity between the responses, with 2009 respondents focusing on the need for more funding for arts education in and out of schools, and the belief that “engagement with the arts can be particularly beneficial for young people from marginalised backgrounds”.

A summary report compiled by ACE concluded “most respondents are in favour of making the arts accessible to a wide range of people,” and new technologies should be used by arts practitioners as they are “good ways to expose broader audiences to the arts and communicate with them”.

The consultation is the first in five phases for ACE in the run up to creating its next ten-year strategy. The findings will be published in coming months, and a draft strategy will be released for public consultation this autumn.