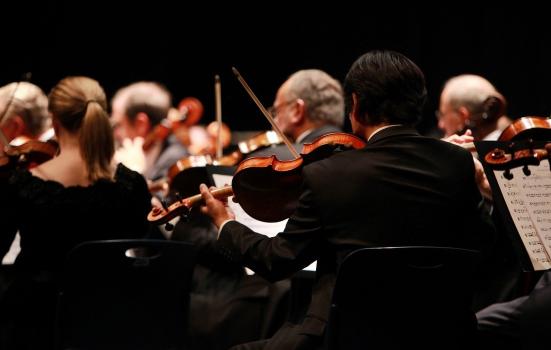 In September 2017 I was hired by the Royal Academy of Music (RAM) as Lecturer in Professional Development, and just two months later I was dismissed for gross misconduct. My work touched a nerve, my voice was immediately shut down for risk aversion, and I was removed by the senior management simply because someone had the power to remove me.

More than one year later, after a six-day Employment Tribunal hearing, the judge ruled that there was no gross misconduct or any other misconduct, and the RAM was ordered to pay me £186,181.00 in compensation. Contrary to widespread press reports, I was not ‘fired for referring to violinists as gypos’. I was discriminated, victimised and wrongfully dismissed without notice, because my lecture notes had sparked a chain of events leading to allegations made by 58 students concerning discrimination at the RAM.

I interviewed for the job in June 2017 and presented as someone who could bring students an awareness about the realities of the music profession. I had over thirty years orchestral experience as a professional bassoon player, and my doctoral research focused on ways to change practices that unfairly exclude, marginalise or disadvantage classical musicians.

My job began in September 2017 and I immediately established a lecture series. On 30th October 2017, having emailed my lecture notes to the students I learned that some students had complained they were offended by some of the content. It became apparent that my lecture notes had triggered a wider discussion when a student posted a letter on social media inviting students who had experienced discrimination within the RAM to sign the open letter. Fifty-eight students signed.

Close the story down

Five days after emailing my lecture notes I was invited to attend a meeting with my line manager, who said that complaints had been ‘pouring in’, and my lecture notes and the corresponding open letter had brought the RAM into disrepute. I was dismissed for gross misconduct, but shockingly there had been no investigation, no evidence, and no reasonable opportunity to defend myself. This was a reputational issue and the RAM wanted to close the story down. They could have continued to employ me as someone who could engage with the students and work with them to tackle issues of discrimination in the institution. But they decided it would be easier to make comforting noises to the student body, identify me as the scapegoat and remove me from the organisation.

A few hours following my dismissal, the Principal issued a notice to all staff and students saying: “You may be aware that a new member of staff circulated an unauthorised document and follow-up email to all students earlier this week. It contained one individual’s observations on professional practice which do not represent the views of the Royal Academy of Music. The contents of these communications were unacceptable, and the member of staff has been dismissed from post with immediate effect.”

Although my dismissal letter made it clear that the RAM knew that views expressed in the lecture notes were not my own, this was noticeably absent from the Principal’s announcement. My dismissal letter stated that my commitment to equality, dignity and respect had been noted, and that the RAM did not believe I intended to cause offence, or that the terms in the lecture notes were representative of my own views. Nevertheless, they sent a misleading press release inferring that I held offensive views. As someone who is an advocate for equality in the classical music industry, being presented in the national and international press as someone with racist views is extremely humiliating and distressing. Additionally, the Telegraph was told that I had been dismissed “following normal HR procedures”, when in truth the RAM had relied on no HR dismissal procedures whatsoever.

The actions of the Academy had a significantly detrimental impact on me. My reputation was irretrievably damaged, and I felt humiliated and embarrassed. People believed that I must have done something terrible to have been dismissed so publicly by the Royal Academy of Music. I lost my job, my reputation and an external Governorship. My teaching at other institutions was compromised, along with my potential for securing work in the future. The RAM carelessly tried to avoid bad publicity. The knock-on effect of this caused reputational harm not only for me but also for the RAM, which ironically is what they were hoping to avoid. One can blame weak leadership in this instance. More generally, it appears that we do not have a culture where open and supportive conversations about contentious issues are the norm.

My RAM contract specifically stated that “academic staff have freedom within the law to question and test received wisdom and to put forward new ideas and controversial or unpopular opinions, without placing themselves in jeopardy of losing their jobs and privileges they have at the Academy”.

Yet their breach of my contract demonstrates that the RAM did not want to apply this when their own reputation was under the spotlight. Ultimately, we need to create a positive culture to manage controversial issues among arts practitioners, educators and students without the fear of instant dismissal, and there needs to be a willingness to have these conversations from the top down. Perhaps the solution lies in mandatory training, dealing with free speech laws and other complex issues, for all employees in arts and educational organisations.

Dr Francesca Carpos is a professional bassoon player, having played in orchestras for over thirty years. Her doctoral research, The Prestige Economy of a London Orchestra, revealed widespread discrimination in the orchestral world.