Patrick Towell unpicks the crucial differences between creativity and innovation in the context of rapid change in the cultural sector. 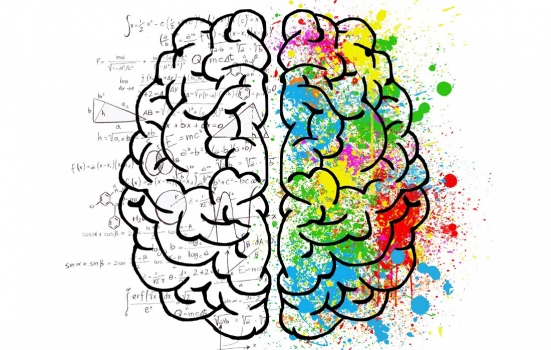 In his book ‘Creative Industries: Contracts Between Art and Commerce’, the American economist Richard Caves argues that creative enterprises and industries are set aside from normal businesses and sectors by the potentially infinite variety of the product - be it a film, a novel, a play and so on - together with the uniqueness of each individual creative work or experience.

It is all too easy to underestimate the risk of sticking to our existing creative forms, ways of working and business models

It isn’t just that the number of creative choices made is bewildering (how narrow the line, how brown the hat or how pointed the extended arm), but that, as the late William Goldman famously wrote of film, “nobody knows anything”. By this, he meant it’s impossible to predict what will be successful critically or commercially, and that even if something achieves success we may all struggle to agree why, and vice versa.

Innovation, on the other hand, is about replicability, reproducibility and reusability. The logic is as follows: innovations result from novelty that has impact. This doesn’t have to be specifically a business or economic impact: it can also be social or environmental. But in the grand scheme of humankind, codifying and applying knowledge to improve its lot, innovation is the consequence of something new that is adopted at scale. Whereas an idea, invention, new process or new business model operating alone or in isolation doesn’t necessarily hack it.

Reassuringly, even in the business world there is confusion over what innovation means. I like the explanation of business innovation being “creating value from ideas”, with the implication that there is a lot to do after having the idea in order for it to create value and be worthy of the ‘innovation’ moniker.

So, what does innovation look like in the creative industries? It isn’t about a particular creative work or experience, but it can be about a new category, a new genre, a new artform or a new media format. Consider, for example, the following:

But what has this really got to do with, say, opera? Innovation doesn’t need to find its way visibly into the end-product. Instead, it can be about different production processes. Digital technologies are revolutionising the way that opera sets and lighting are designed and made. Creatives can walk their way around virtual stages before they exist, using new technology from Microsoft (and others) designed for applications across a range of sectors.

We’ve recently been working on the innovation of cultural placemaking with digital arts organisation Furtherfield. The Futurescapes project is developing prototypes of playful and creative ways people can express their hopes, wants and dreams for the public spaces they love – in this case, Finsbury Park in London. It’s a potential innovation as it stands, but I’m certain that augmented reality (AR) will come to form a normal part of planning consultation processes and citizen participation in placemaking in the near future.

Then there’s innovation in interpreting, preserving, researching and generating income from rare and delicate objects. For the APachs project, we worked with Central St Martins, a college of the University of the Arts London, to prove how a series of enhancements to software, hardware and training can make the 3D scanning of objects accessible to museums, archives and heritage organisations. The British Library is among a number of heritage sites and museums already adopting these applications.

Running a workshop with a team from Durham County Council, working on the Durham History Centre, it became clear that they regarded the AI-powered transcription of archive materials as a given. They had no doubt that some combination of university research and commercial productisation from the private sector would provide this technology – and that it would have a massive impact on them, other archives and the expectations of customers. It was the potential for machine learning to identify sentiment within sources that really excited them. Recognising gender or political bias in press pieces is a classic example of this kind of application.

Innovation does not necessarily have to hinge on technology. The anatomy of an innovation is such that, to generate additional value and new impact, almost without exception, it’s people who need to change the way they work. Their roles may change, they may need new skills, or the processes they follow may need to be redesigned.

The Royal Shakespeare Company acted as a case in point when it inaugurated a new post for an image manager. That may not be unusual for a museum, but it’s a bit strange for a performing arts organisation. But this new position, along with the image management system, Home, we helped them to roll out, has had a significant impact.

A change in organisational culture may also be necessary – perhaps more agile project management, or increased collaboration across disciplines and organisations. What is regarded as success may differ, and the way it is measured and rewarded may be reshaped. Moreover, entirely new forms of partnership, network or other collaboration may need to be built between organisations, and new positions may emerge that need to be filled across the overall ecosystem, doing things that individual organisations can’t.

All of this explains why we’re always exploring the intersection of social enterprise with culture and how different parts of the cultural sector ecosystem interact. It’s why it’s so important to look outwards, as well to the wider creative, third, public and digital sectors.

While many of us might be more optimistic than William Goldman and claim that at least some of us know something, it is very difficult to predict what ideas and inventions will make it through to the stage of really making a difference. But that doesn’t mean that we shouldn’t try.

It is all too easy to underestimate the risk of sticking to our existing creative forms, ways of working and business models, while adjacent and overlapping leisure and entertainment sectors are moving at pace. And all too easy to think that we’re innovating when we’re actually just being creative.