We spend too much time trying to learn lessons from cities and apply them in other places, argues Brendan Keaney. It’s time to recognise that creative powerhouses can come in all shapes and sizes – and not always where you might expect. 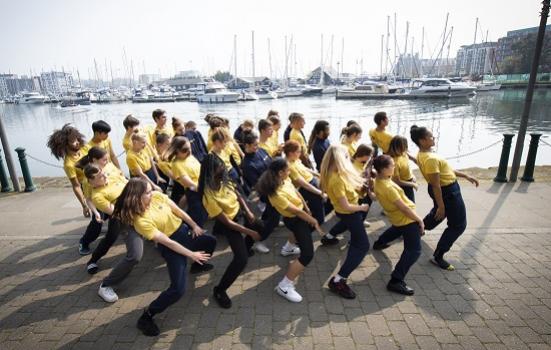 Before applying for the job of Artistic Director and Chief Executive of DanceEast I was already aware that the Jerwood DanceHouse in Ipswich was, by some considerable margin, one of the best and most exciting dance facilities outside London. Even compared with much larger cities around the UK it has some of the very best dance studios and is one of only four UK dance houses listed in the European Dancehouse network.

Ipswich is a town of just 137,000 people, but my predecessor Assis Carreiro was determined to demonstrate that great things can happen in small towns and that the big metropolitan powerhouses do not have a monopoly over excellence. Everybody is deserving of quality, no matter who or where they are, so it was very clear what my brief should be in Ipswich: to populate that great building with equally great (or even better) quality activity.

For young people, it is all about raising aspirations and encouraging their sense of place. Too many young people grow up in towns they see as places to escape, creating a talent drain and leaving towns deserted.

Through the work of DanceEast, our young people have opportunities in dance that just aren’t available anywhere else in the country outside the largest cities. They have access to state-of-the-art studios and a theatre with some of the best UK dance artists creating and performing new work here. Exceptionally promising young people from the region can access affordable, high quality pre-vocational training, with the East of England Centre for Advanced Training based here.

Our work in local schools and participatory opportunities both at the Jerwood DanceHouse and in Ipswich’s communities are of the similarly high quality. We are trialling a new project in primary schools with funding from Paul Hamlyn Foundation, to teach the highest quality dance digitally – using an experimental combination of real-time and virtual teaching to keep dance thriving in schools. Also, at the Jerwood DanceHouse young people under 26 can see premieres of world-class dance for around £7. Arthur Pita’s Little Match Girl, Akram Khan’s Chotto Desh and his new work for family audiences, Chotto Xenos, are premiering here in February half term.

Like nearly every town and city centre across the UK, Ipswich town centre is changing. The retail offer has been particularly challenged by, first, out-of-town shopping developments then the rise of internet shopping. Consequently, like many of our colleagues around the country we are investing so much more of our energy in our civic role to steer the debate about placemaking. Of course, we all understand we need to create an experiential offer with a range of opportunities for people, young and old to engage with culture. But what does this look like in a town where we don’t have the population numbers of major conurbations that would help build a compelling economic argument?

At DanceEast we have demonstrated that the quality of artistic offer is absolutely key. Although it may seem a tad ironic, we have borrowed many of the principles of retailing for our programming and commissioning. It is all about consistency, quality and customer engagement. Selling new work in any artform is a struggle so we have invested in our brand. An audience member may not have heard of an artist yet, but they know they can trust DanceEast. Using this approach we have managed to build an audience for dance that would be the envy of a venue in a big city. Over the ten years since the Jerwood DanceHouse opened, we have supported 128 new commissions, 47 premieres and achieved over 500,000 attendances.

By no means do we consider it job done but our efforts are at last beginning to get noticed. The Guardian recently referred to “yet another premiere for the DanceHouse, quite the hub of contemporary dance these days”. Our season has a similar number of quality pieces as it did five years ago and it’s hard to say whether this recognition would have come sooner in a major urban centre. But we are delighted that we are now being noticed for the quality of our programme and that the realisation is spreading that special things can happen in small towns – even if it has taken ten years for the media to catch on!

My concern in this rapidly changing environment is that we don’t simply try to apply quick-fix solutions. Diversity is not just about the population, it is also about places and contexts. I fear we spend too much time trying to work out how we can learn lessons from cities and apply them across the piste. There is a lot of learning out there and it is not always found in the capital or other great cities. It is only when we embrace the different size and scale of the places where we live and value them all equally that we can build engaged audiences and create better places to live.

Brendan Keaney is Director of DanceEast and Jerwood DanceHouse.
danceeast.co.uk